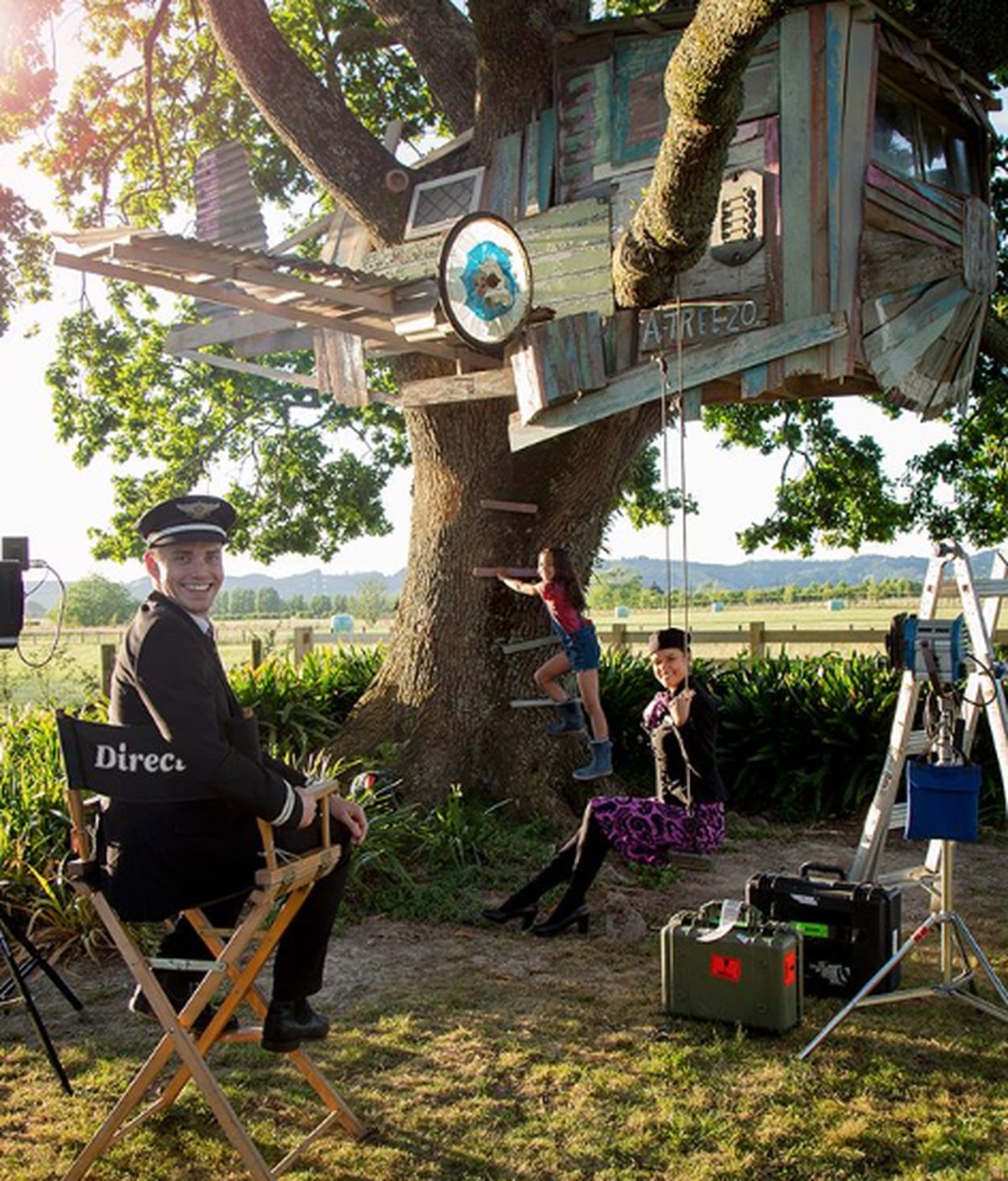 Air New Zealand appears to be getting down home with its latest safety video which it is teasing.

A post on Instagram shows a plane-shaped tree hut in a rural setting with crew and a child on the set.

The airline is inviting better puns than its: ”A new member of its fleet, the A-Tree20” – a reference to the backbone of its domestic fleet, the Airbus A320.

Among close to 60 comments on the Instagram posts are ”Wooden even get off the ground,” ”I like the look of this safetree video. Goes back to your roots” and ”New airport opens in Upper Hutt.”

Work on the video has started but the airline is tight-lipped on its overall theme and when it will be rolled out.

It will replace the Air All Blacks safety video that came out in August and screened in the leadup to the Rugby World Cup — and since the side’s painful exit from the tournament in the semi-final against England.

The A-Tree20 video will be the latest in more than a decade of safety videos that have attracted around 200 million views online.

Air New Zealand says its most popular videos were the Hobbit-inspired safety video The Most Epic Safety Video Ever Made and An Unexpected Briefing which have more than 42 million global views and rising.

Within a day of releasing the Air All Blacks video, it had been viewed 10 million times.

Teasing the latest video comes as the airline took to Twitter to take some heat from its embarrassing failure to get a liquor licence for its sparkling new regional lounge at Auckland Airport.

In a Christmas to-do list the following are ticked: ”Order Christmas ham” ”put up tree” ”wrap presents.” ”Renew liquor licence” is not.

There’s no word on whether the tree house is licenced though.