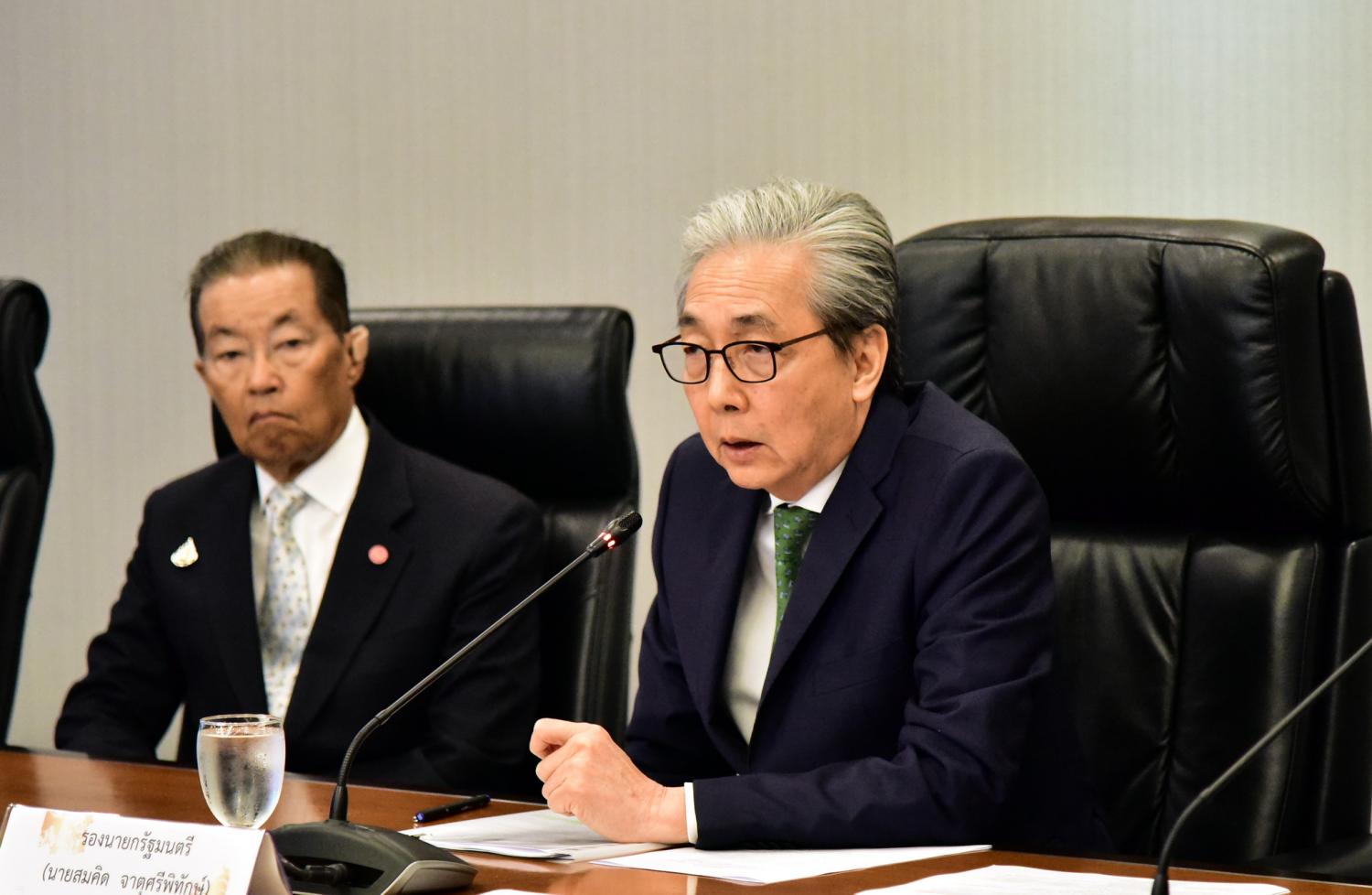 Mr Somkid says Japan is committed to using Thailand as a production base.

Japan is reinforcing support for Thailand’s membership in the Comprehensive and Progressive Agreement for Trans-Pacific Partnership (CPTPP), a newly formed bloc of 11 Pacific Rim nations.

In July 2018, during a visit by Mr Somkid to Tokyo, Japan agreed to support Thailand becoming a member of the CPTPP.

Mr Somkid told Mr Shigeru the cabinet is expected to decide by April or May on whether Thailand will join the CPTPP.

A study by Bolliger & Company Thailand, commissioned by the Trade Negotiations Department, found that participation in the CPTPP would boost Thailand’s GDP by 0.12 percentage points or 13.3 billion baht in revenue a year.

Without CPTPP membership, Thailand is estimated to lose 26.6 billion baht worth of revenue, resulting in GDP contracting by 0.25 percentage points a year.

If the cabinet approves the Commerce Ministry’s proposal, Thailand will submit a formal request to join the CPTPP, possibly ahead of the CPTPP meeting in August.

He said he urged Japan to invest in the Southern Economic Corridor and the rail network to link Myanmar, Thailand and Vietnam via the upper East-West Economic Corridor, creating a network of Asean members.

Mr Somkid has scheduled a Feb 16-19 visit to Japan. He will meet Japan’s chief cabinet secretary, Yoshihide Suga, and high-ranking officials of the Japan External Trade Organisation, the Ministry of Economy, Trade and Industry, and private companies such as Sony, Norinchukin Bank, Zeon, Pan Pacific International Holding Group and Hokuetsu.