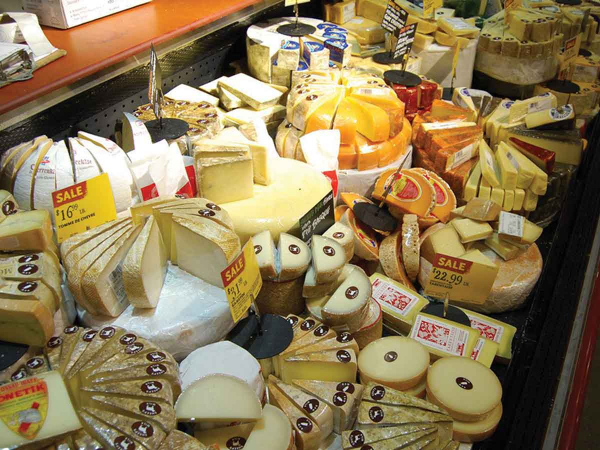 The European Union wants New Zealand to bring in a much stricter set of rules for Geographical Indicators (GIs) on food, says an intellectual property (IP) expert.

We already have some strict regulations applying to wines and spirits – the EU also wants food under a tougher regime.

It wants us, as part of free trade negotiations, to change our IP laws to be more in line with their position, says Jonas Holland, a senior intellectual property adviser with the Ministry for Foreign Affairs and Trade (Mfat).

“The Europeans are asking for quite a lot more prescription.”

Realistically New Zealand is likely to concede and bring some form of GI restrictions on food, he says. But what form that takes is up for discussion and negotiation.

Geographical indications (GIs) are usually names that identify that a product comes from a particular area. They indicate that a product has a given quality, reputation or other characteristic that is strongly associated to that area.

The EU has put forward 2200 names of GIs registered in Europe that they want us to register or protect here. These include names like champagne, feta cheese and Prosecco. Broad discussion has already been held on these.

But what is now up for discussion is the text of rules the EU has proposed.

Holland says we have legislation in relation to wines and spirits including trademarks and the Fair Trade Action.

“If someone was making wine in the Levin and put Central Otago on it and sold it you don’t need a GI regime to stop that because that the Fair Trading Act should step in and put a stop to that. But our legislation regime is about wines and spirits.

“The EU wants the protection that applies to wines and spirits in New Zealand, that GI protection, applied to foodstuffs as well.”

He says realistically if the FTA negotiations are to progress, GIs on food in some form will be included.

“On the other side, is it unreasonably interfering with what other people may legitimately want to do and also imposing a cost on the general market so people are uncertain and scared of using names at all?”

If similar restrictions to what currently applies to wines and spirits are introduced you could not qualify the use of the word feta by saying ‘feta from New Zealand’. However in Canada the negotiation ended up with feta being protected but you can call the Canadian product ‘feta-style’.

The current proposal from the EU is that you cannot challenge a registered GI – it sits there forever. In contrast you can currently challenge a trade mark here.