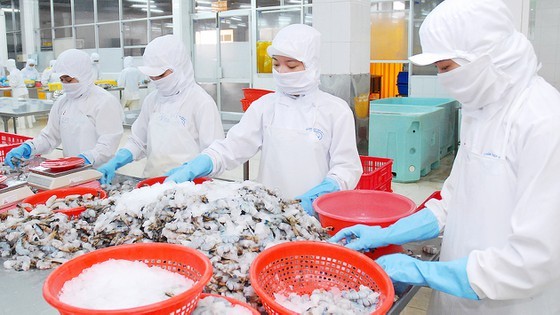 According to the Central Institute for Economic Management (CIEM), in 2019, the first year of the implementation of the CPTPP, export turnover of Vietnam to six member countries that approved the agreement, consisting of Canada, Mexico, Japan, Singapore, Australia, and New Zealand, reached US$34.4 billion, an increase of 8.3 percent.

The analyses of the growth rate at each member market showed that Canada and Mexico, the two markets that have never had any free trade agreements with Vietnam before, posted the highest growth rate in export turnover with 28.2 percent and 26.8 percent respectively.

These figures are impressive compared to many other markets but it is not what it seems. Because the average export growth rate of Canada in the period from 2010 to 2018 was fairly high, reaching 18 percent per annum. In 2013 and 2014, Vietnam’s exports to this market even got a growth rate of 32.7 percent and 35 percent respectively. Thus, export growth to Canada’s market in 2019 was not so high but merely a little bit higher than normal growth.

From these above figures, it is obvious that the benefits in export that the CPTPP brought to Vietnam in the first year are not as high as expected.

According to the Ho Chi Minh City Institute for Development Studies, export turnover of Ho Chi Minh City alone to member market in the CPTPP in the first 11 months of last year nearly reached $5.2 billion, up 4.6 percent year-on-year, accounting for 15.44 percent of the total exports. The institute said that the CPTPP’s markets posted a positive growth rate but there were no clear differences with the remaining markets.

A year is probably a very short time to accurately assess the implementation of a large agreement like the CPTPP. According to many agencies, during the process of implementation, many difficulties and problems were revealed. For example, it has not published a list of documents to be reviewed and timely handled documents that are not in line with Vietnam’s commitments as a basis for localities to conduct the review. It lacks detailed guidance on the contents of CPTPP, while local agencies and enterprises need specific information for each topic and each field.

Some guidelines to implement the commitments in CPTPP have not kept up with the schedule, leading to difficulties in guiding enterprises. Especially, Vietnam lacks experts who understand in-depth information to help businesses to make use of opportunities from market opening in the CPTPP.

Mr. Pham Binh An, Director of Ho Chi Minh City International Integration Support Center, said that in order for the CPTPP to come to life, ministries and agencies need to quickly overcome the aforesaid difficulties and problems. They should establish and maintain information channels, and connect more effectively between Ho Chi Minh City and localities with ministries, especially the hubs in the new-generation free trade agreements, such as CPTPP and EVFTA, to timely consult and implement programs and plans; ensure close links between industries and associations, enterprises in the support programs. The information dissemination and implementation of in-depth research by industry and field, and each key market should be promoted further to enterprises and associations.

Besides, enterprises must be the one who is proactive in the game because no agency or organization can do it for enterprises. Of which, enterprises need to improve their ability to access export markets by grasping the new rules of the game, and studying the regulations of the trade and investment laws, the business practices, the corporate culture of members in the agreement.

Enterprises need to change their business thinking to adapt to the new context, actively study, capture information and be flexible in approaching, making use of the opportunities; invest in building high-quality human resources and comprehend regulations on the rules of origin. This is the decisive factor in the preparation to enter the potential market with 95 percent of tax lines removed, a population of 500 million people, accounting for 12.9 percent of the global gross domestic product and 14.9 percent of the global trade.