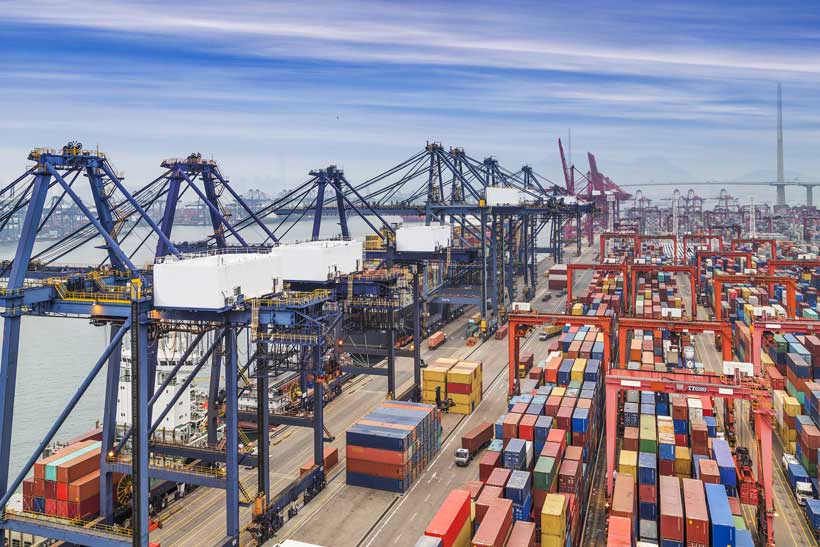 After eight years of tedious negotiations, fifteen countries in the Asia-Pacific region inked the world’s largest free trade agreement (FTA), named the Regional Comprehensive Economic Partnership or RCEP, in the recently concluded 37th ASEAN summit, in virtual mode. While it is unclear when the pact will be ratified finally, it could possibly enter into force in 2021.

Holding nearly 30 per cent of the world’s population, i.e., 2.1 billion people and over a fourth of its GDP, the pact will significantly lower trade and related tariffs in many areas, particularly the industrial and commercial clusters, across the fifteen participating states, namely the ten ASEAN states (Vietnam, Laos, Cambodia, Thailand, Myanmar, Malaysia, Singapore, Indonesia, Brunei, and the Philippines), plus China, Japan, South Korea, Australia and New Zealand.

What does RCEP entail?

One of the notable facts on the RCEP is that it is signed by emerging economic powers in one of the most dynamic regions in the world – the Asia-Pacific, enabling them to facilitate each other’s economic rise. However, something to be watched for is the expected widening of Chinese influence and superior manufacturing prowess across the region for trade, in the striking absence of the United States.

What the agreement envisages is a facilitating environment for free trade devoid of all protectionist barriers, reducing time and costs for businesses to export or import products anywhere in the 15-nation bloc without meeting separate requirements for each participating state. However, RCEP doesn’t address ecological questions or labour rights, while it touches patent rights.

Even though the original 2012-proposed pact included India as well, New Delhi decided not to join the agreement in November, last year, owing to domestic concerns over prospective international competition with regard to manufactured goods from China and dairy products from Australia and New Zealand. The Indian government also had to factor-in pressures from producers, farmers, and traders at home in its final decision-making.

But, India has a functioning free trade agreement with the ten-nation ASEAN separately. If signed, the RCEP would’ve forced New Delhi to cut duties and tariffs on about 90 percent of the goods that are currently imported to India over the next 15 years, an outcome that could potentially hurt its domestic producers and farmers. However, the Indian government has made it clear that with favourable offers, it might consider joining the pact in the future.

RCEP effectively sets new trade rules for the region, effectively influencing trade legislations and decision-making in each of the participating individual countries. But, it is also true that each RCEP partner is marked by a stage of socio-economic development which is different from other partners.

As the pact encourages competition which is a key feature of free trade deals, the goods from Laos or Cambodia will now have to compete with the ones from Japan or Australia. Thus, RCEP could also be a test of domestic production and trade competencies of each partner state. Perceivably, Beijing has a favourable upper-hand in this regard.

Well, most of the RCEP partners have functioning bilateral trade agreements amongst each other. But, when it comes to a trade deal encompassing almost the whole region, with the possible exemption of North Korea and Small Island States in the Pacific Ocean, RCEP has a bigger role to play in the coming years.

Another region-wide existing trade deal, including a handful of states across the Pacific as well, is the ‘TPP-11’, the successor pact of the Trans-Pacific Partnership (TPP)that continued after US withdrawal from it, the then world’s largest FTA named the Comprehensive and Progressive Agreement for Trans-Pacific Partnership (CPTPP) with Japan, Malaysia, Singapore, Vietnam, Brunei, Australia, New Zealand, Canada, Chile, Mexico, and Peru as participating states. This pact is effective since 2018.

Why the US should involve more proactively in the region?

The US administration under Donald Trump has severely damaged American interests in the Asia-Pacific by pulling out of TPP which was intended as an economic counterweight to rising China. With, China-dominated RCEP on its way to be effective next year, US’ image is poised to decline further. But, a Biden presidency keeps hope high when it comes to dealing with Beijing economically in a region which it considers its own backyard.

If a change of leadership in Washington fails to translate into proactively renegotiating and intensifying its ties with allies and partners in the Asia-Pacific, it would be equivalent to passively paving the way for Beijing’s enhanced influence in the region, economic first, and followed later by potential military footprints and debt-trap diplomacy, the signs of which are already visible in the region and beyond.