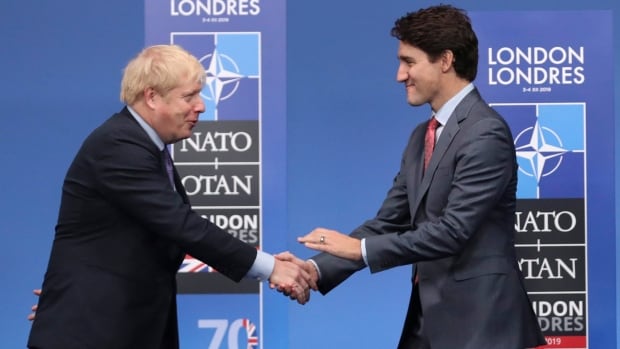 With just over six months remaining before Canada’s current free trade arrangement with the United Kingdom expires, the British government signalled today that it intends to join another trade agreement in which Canada is already a partner: the Comprehensive and Progressive Trans-Pacific Partnership.

This isn’t the first time the British — who have only one overseas territory in the Pacific, the Pitcairn Islands — have expressed interest in CPTPP membership as a way to gain preferential access to fast-growing Pacific Rim markets without having to negotiate individual bilateral agreements with each one.

“U.K. membership would help turbocharge its trade with the bloc by opening up new markets and opportunities for U.K. businesses and encouraging greater inward investment,” said a news release issued by the British High Commission in Ottawa. “This ambition has previously been welcomed by all 11 member countries.”

Canada was one of the original countries to ratify and implement the CPTPP, which in 2018 began to cut tariffs and introduce common standards among the six members that have ratified the deal to date: Australia, Japan, Mexico, New Zealand, Singapore and Vietnam.

The current 11 members represent 13 per cent of global GDP. Adding the U.K. would bring that figure up to 16 per cent.

Additional members can join the CPTPP, subject to a defined accession process. Notwithstanding Tuesday’s statement, the U.K. has not yet served its official notice to request negotiations toward membership, although informal talks with members like Canada have been underway for months.

Terms of trade with U.K. set to expire at end of year

CPTPP membership would not replace bilateral trade talks with individual countries. The U.K. has started negotiations with several CPTPP countries previously covered by trade deals with the European Union, like New Zealand, Australia and Japan.

Due to the U.K.’s departure from the European Union, the terms of Canada’s Comprehensive Economic and Trade Agreement (CETA) with the EU continue to apply to British trade only until the end of 2020.

After that, the U.K. must either negotiate its own bespoke bilateral agreement with Canada or come to an understanding on how to “roll over” (continue) the CETA with small modifications deemed necessary by both sides.

Negotiating a CETA rollover is thought to be the faster of the two options, but negotiations toward either option are stalled at the moment. Canada wants to know the terms of Britain’s future trading relationship with the continent before finalizing its arrangements with London — and the terms of that relationship are uncertain now because U.K. and EU negotiators have been unable to reach a deal.

A month ago, the U.K. published the import tariff rates that will apply to its trade after it ceases to do business under the EU umbrella on Jan.1, 2021.

While some of the products currently traded between Canada and the U.K. face tariffs if a new deal is not reached, most of Canada’s most valuable exports would not be significantly affected.

Mark Agnew, director of international trade policy for the Canadian Chamber of Commerce, said his members would welcome the U.K.’s membership in the CPTPP — but the Chamber really wants to focus on Canada’s bilateral talks, since the British have been insisting that they will not extend their Brexit transition period beyond the end of the year.

“CPTPP is a medium- to long-term endeavour and much more complicated, given the number of parties involved,” Agnew said.

Joining the CPTPP may provide some specific opportunities to U.K. exporters to make up for market access they stand to lose as CETA ceases to apply.

British cheesemakers, for example, risk losing the market access they gained in Canada in 2017 when CETA was implemented.

Canada unwilling to give up more dairy market access

But CPTPP members also have access to Canada’s dairy market for cheese and a full range of dairy products.

Since the American withdrawal, some of this CPTPP dairy quota has been left unused by other member countries, only a couple of which (New Zealand, Australia) are significant dairy exporters. (The Americans negotiated a new Canadian market share for U.S. dairy exports in the revised North American free trade agreement, which takes effect July 1.)

After bruising concessions in successive CETA, CPTPP and NAFTA talks, Canada says it’s not willing to concede any additional access to its dairy market in future bilateral trade negotiations.

In that light, joining the CPTPP may appeal to British farmers, who otherwise face significant trade threats as they shed the protections of the European Union.