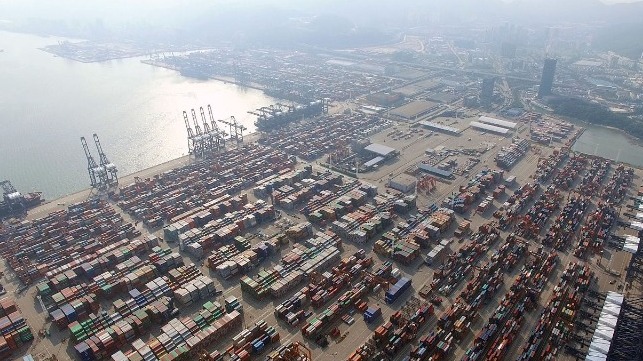 China is expressing an interest in joining the updated Trans-Pacific Partnership free-trade agreement, which was originally designed as the centrepiece of the Obama administration’s ‘pivot to Asia’, intended to cement a non-Chinese Asian regional group.

China’s premier Li Keqiang told the National People’s Congress at the end of May that China had ‘a positive and open attitude’ towards signing the agreement. His comments were repeated later by commerce ministry spokesman Gao Feng, who noted that the agreement was consistent with World Trade Organization rules.

After US President Donald Trump made good on his 2016 election promise to withdraw from the TPP, Japan and Australia led a push for the remaining 11 members to conclude the deal, which was renamed the Comprehensive and Progressive Agreement for Trans-Pacific Partnership, without the United States.

It’s difficult for non-Americans to understand what became a bipartisan US opposition to the TPP, given that US officials designed the agreement with the nation’s strategic interest and the priorities of its business sector uppermost in mind. Yet there’s a popular belief in the US that trade agreements are responsible for the erosion of its manufacturing industry and living standards.

The TPP was intended to be the world’s most advanced regional trade agreement, with provisions covering digital commerce, intellectual property protection, investment rights, environmental and labour standards and the transparency of state-owned enterprises.

Publicly, US officials said China would be welcome to join, but only if it could meet the TPP’s demanding standards. All members retained a right to veto any new member.

The inclusion of Vietnam among the remaining 11 members, alongside Australia, Brunei, Canada, Chile, Japan, Malaysia, Mexico, New Zealand, Peru and Singapore, shows it’s possible for a non-market economy to overcome the barriers to entry.

Following Trump’s withdrawal, the renegotiated agreement suspended a series of controversial provisions which the US had insisted on over the objections of other participants. They included much more stringent intellectual property protection for data, biological material, copyright and refinements of existing pharmaceuticals. Provisions making it easier for US oil companies to sue governments in independent jurisdictions were also suspended.

It also includes a far-reaching provision on state-owned enterprises, restricting them from receiving preferential financing and access to government contracts, and giving preferential treatment to local firms. Higher levels of transparency are required. Vietnam accepted these restraints, believing there was potential for large rewards from being the low-cost manufacturer in the group.

China’s economic reforms have continued under the leadership of Xi Jinping in some areas. There’s greater access for foreign investment, better regulation of the financial system and improved intellectual property protection, with the last reflecting the fact that China is now a major producer of patents. However, China has made little effort to impose greater market discipline on its state-owned enterprises.

China’s preferential treatment of SOEs has emerged as a major sticking point in its negotiations with the European Union over a bilateral investment agreement. A video meeting of Xi and Li with EU President Ursula von der Leyen last month went badly; no communiqué was issued afterwards and subsequent negotiations ended in a stalemate.

The EU is pushing for non-discriminatory treatment for European investments in China relative to China’s SOEs, along with an end to subsidies and greater transparency. It also wants to remove demands that investments take place through joint ventures and the forced transfer of technology.

China, for its part, wants guaranteed access for its companies to invest in Europe, including infrastructure. While Beijing has promised it will come back with reform proposals, the EU is hardening its stance on screening Chinese investment for national security reasons.

Under the leadership of Jiang Zemin in the 1990s, China used accession to the WTO as a lever to push through far-reaching economic reform in the face of considerable domestic opposition.

While Xi hasn’t shown a similar reformist zeal, China may surprise with reforms to SOEs to meet European demands and potentially those of the CPTPP. Beijing may feel a need to preserve its global trading and investment rights when Western governments are increasingly focused on the threats implicit in China’s rise.

Modelling by the respected Peterson Institute for International Economics shows there would be large economic gains if China joined the CPTPP. In its current form, the group should provide global income gains of just under $150 billion a year. That would quadruple to $632 billion if China were to join.

China would derive many advantages from joining the grouping, but one of the most important is that regional supply chains are secured by the mutual tariff cuts and the rules of origin which require goods benefiting from those cuts to have been made from inputs largely sourced within the region.

This is also a benefit that flows from the other major regional trade treaty that is expected to be concluded this year, the Regional Comprehensive Economic Partnership, which includes Japan, South Korea, the 10 ASEAN nations, Australia and New Zealand. It reduces the US’s ability to disrupt the trade of high-tech goods with China.

The US is left looking on at these developments from the outside. The Trump administration has floated the idea of an ‘economic prosperity network’ that would include Australia, India, Japan, New Zealand, South Korea and Vietnam, with the objective of developing supply chains that exclude China.

However, it’s hard to conceive of such a trade grouping being cemented by an administration whose overriding objective is ‘America first’ and which has pursued its own bilateral trade agreement with China.

Trump’s rival in this year’s presidential election, Joe Biden, has said he would consider US participation in the CPTPP if its terms could be improved. China’s expression of interest provides an added incentive to do so.

David Uren is a non-resident fellow with the United States Studies Centre at the University of Sydney. This article appears courtesy of The Strategist and may be found in its original form here.

The opinions expressed herein are the author’s and not necessarily those of The Maritime Executive.