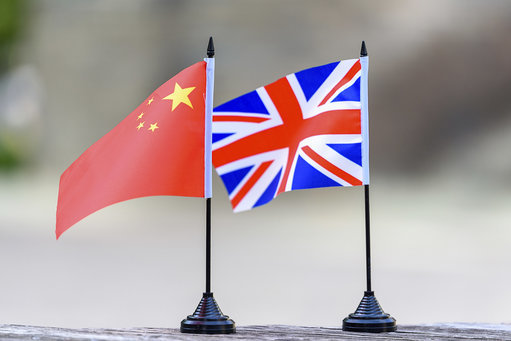 Notwithstanding the threats from China’s ambassador to the UK, Liu Xiaoming, Huawei, the Chinese telecommunications giant, has been given its marching orders. There are caveats as the government has tried a little to placate UK telecommunications vendors’ concerns about costs and logistics. Vendors such as BT aren’t allowed to purchase Huawei equipment after December, but they might still take delivery beforehand, and rent or lease afterwards potentially until 2027, by which time all Huawei 5G equipment has to be replaced. The decision to reject Huawei is a defining moment in UK-China relations. People are right to be concerned but we have no reason to be cowed.

Huawei’s 17-year long role in supplying equipment to the UK telecommunications sector is now effectively over. Its involvement in the UK’s 5G rollout was both a symbol of the UK’s short-lived tryst with China, affectionately known as “the golden decade” by its protagonists. But this was always a naive and poorly thought out construct, blind to the changes brought about by Xi Jinping since he came to power in 2012.

By the time the Cameron-Osborne government was waxing lyrically about China and visiting the Xinjjang “Autonomous Region”, where the suppression of the Uighur people had already begun, President Xi’s China had already become much more repressive and ideological at home, and more truculent and assertive abroad. If the golden decade supporters, some of whom still sing the country’s praises in Parliament, had stopped to listen, there was even then little doubt that Xi Jinping’s rhetoric of the struggle between socialist China and the capitalist West was a threat. Xi was always looking forward to the day when the west would succumb.

Time has moved on, however, and the current government has at least recognised that the UK-China relationship needs to be recalibrated. China is, after all, simultaneously a trade and commercial partner, as well as a large and influential political power, and adversary. We have to re-think the terms under which we want to do business with China, and in what sectors and industries.

The British government is certainly not alone in rejecting Huawei in the award of 5G contracts — the US, Australia, New Zealand, Japan and Taiwan have already done so. The UK government says that its resolve to shift positions was motivated by the US decision to ban supplies of high-end semiconductors and software to Huawei, without which its ability to deliver its 5G product was thrown into doubt. The same line of reasoning might well also influence other countries currently weighing their options, including Canada, Germany, France and several other EU members.

We are all learning, even if belatedly, that we need to understand China and the Communist Party better. We also need to understand the full implications of the business that we do with Chinese companies. Six months ago, for example, one of Huawei’s senior UK non-exec board members, described the firm in a radio interview to pitch the firm’s credentials as “the John Lewis of China”. Yet, it is not a high street retail outlet, it is not a private firm in the way that is commonly understood, and its share ownership structure, to which the director referred, is quite different to any western business. All the shares are owned by a holding company, in which a “trade union committee” has a 99 per cent stake. Trades unions are state bodies in which the governance procedures are unknown, and trade union members and employees have few rights, and no say over the assets of the firm. All firms, moreover, with more than three party members must have party representation at operational management level.

The emphasis on Huawei being registered as a private company is one of many arguments that the party constructs and propagates in order to justify its position and to pitch its governance model to others. But Britain, and the west, must be prepared to look at our relationship with China on a case by case basis, especially in the light of increasing areas of tension: over Hong Kong’s National Security Law; the treatment of the Uighur people; China’s Taiwan policy; its claims in the South China Sea; tensions with India in the Himalayas, and the deployment of double standards in trade, industrial and cyber policies.

In a classic example, the Chinese ambassador to the UK, Liu Xiaoming, was quoted as saying the UK decision on Huawei was disappointing and wrong, and, without irony, that “it has become questionable whether the UK can provide an open, fair and non-discriminatory business environment for companies from other countries.”

If this were true, we could argue that we had learned well from the ambassador’s country of birth. But it isn’t true. The UK’s business, accounting and legal environment has not changed, and it has not just become a closed and protectionist economy.

The reality is that we do not need Huawei to build our 5G, even though replacing it should have been done a while back and will cost us time and money. We don’t even need Chinese direct investment in the economy, as such, because foreign investment comes from multiple sources, and will continue to flow. Post pandemic, even infrastructure bills, even if not as pricey as Hinckley, are affordable.

China will continue to want to trade with the UK and has important investments in the UK to protect. We could end up in the Comprehensive and Progressive Agreement for Trans-Pacific Partnership (CPTPP), a free trade agreement covering 11 mostly high growth Asia-Pacific nations, which the US might rejoin under a Biden presidency. Even Premier Li Keqiang mused recently that China might seek to join one day. We should strive to have a balanced and reciprocal commercial relationship with China where it suits both parties. But we need not fear our own red lines.