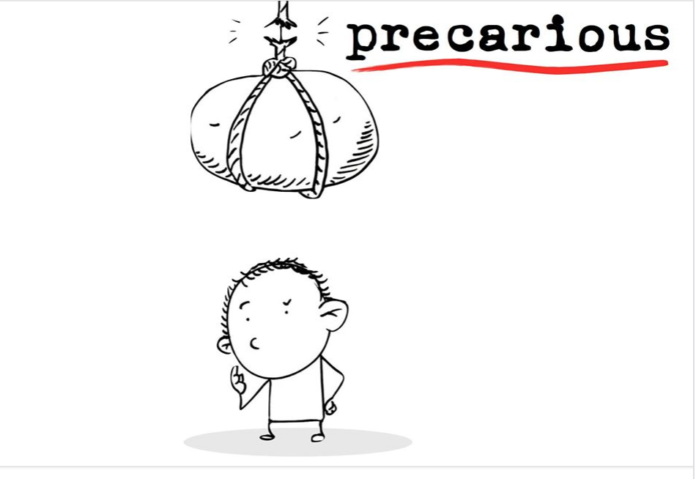 Many people are feeling vulnerable. Some have lost their jobs because of the pandemic or are in danger of becoming unemployed . For many the need to keep a roof over their head and food on the table has been a weekly, if not daily, battle for a long time.

You might think ‘ What’s new ? There has always been rich and poor . Was ever so!’

Well, yes I can see how a pessimistic view of history might lead someone to that conclusion but “always”? – that’s certainly not true.

In the immediate post WW2 era Commonwealth countries such as Britain, Canada ,Australia and New Zealand all picked themselves up and thrived because their governments took an active role in the marketplace by creating jobs largely through government controlled big infrastructure projects such as building houses and expanding and running the railways.

The focus was on creating full employment .

Rather than pay people to be on the dole the idea was to use that money to create work . If the private sector wanted labour then they had to offer a bit more incentive to attract them from government jobs. So workers had more control over their destiny than the powerlessness many have experienced under neoliberalism where private business interests control the labour market

In this pre-election billboard season I see the National slogan features the word Jobs.

However the method by which they propose to create those jobs is essentially trickle down neoliberalism . The idea that if we stimulate big business and allow a financial elite to get rich then the marketplace will come right and people will be employed.

We know from bitter experience of over 30 years now of trickle -down theory that it’s a con. It benefits a few at the expense of the many.

The Covid- 19 pandemic has forced the current government to behave a bit more like a post-war government, but their broad rejection of the reforms recommended by their own Tax Working Group signalled that the government’s position was neoliberalism with a softer face and not a passionate desire for us to change to a more egalitarian society.

Yesterday Auckland went back to level 3 and the rest of the country to level 2. This Covid -19 thing isn’t going to go away in a hurry. The longer it stays around the greater will be the effect on our economy.

If this precarious situation continues long enough, life will become so dire for so many of us that there will come a point where the State will be compelled to resume the role it one played in the post war period.

It will have to take back the control of the mortgage market it abandoned to the private banks, it will have to subsidise food and it will have to actively create government jobs through infrastructure projects such housing , large scale construction , transport reform , scientific and technological research and arts projects
.
History tells us there has to be a crisis for the tipping point for a social revolution to be reached.

This pandemic is a terrible thing. It’s ravaging lives and battering our economy. But if we looked to how we ran our economy in the years immediately following WW2 there is some hope.

Back then we picked ourselves up by electing governments that understood the term “The State” meant you and me and all of us and that collectively we have the ability to improve all our lives by sharing the nation’s wealth more fairly.

A people influenced marketplace rather than one controlled by private interests?

Could we do that again?

Bryan Bruce is one of NZs most respected documentary makers and public intellectuals who has tirelessly exposed NZs neoliberal economic settings as the main cause for social issues.