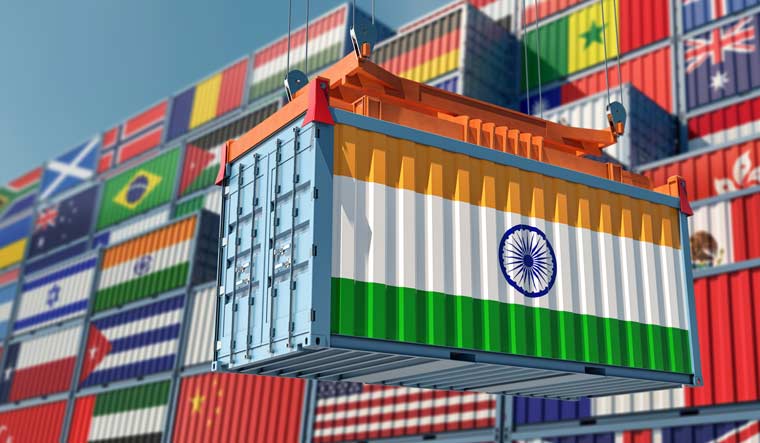 Contracting for the fifth straight month, India’s exports slipped 10.21 per cent to $23.64 billion in July, on account of decline in the shipments of petroleum, leather and gems and jewellery items, according to the government data released on Friday.

In June, the country had reported its first trade surplus in over 18 years.

Farmers would get good prices due to an increase in exports and they should not worry about the impact of expected bumper crops on prices, he added.

All this has been possible because of the start of business activities across the country and business/order enquiries from almost all major economies like the US, EU, Canada, Japan, South Korea, Australia and New Zealand which helped in bringing the exports sector to almost 90 per cent of the level in July 2019, Saraf said.

However, he added that “the global revival and business sentiments still have not picked up, impacting the global supply chain. The focus should be on free trade agreements and more of multi-lateral agreements to further revive our exports and take up competition coming from smaller countries like Vietnam, Bangladesh and Taiwan”.

Aditi Nayar, Principal Economist, ICRA Ltd, said that this trend of recovery in exports is likely to strengthen in the coming months, as demand for non-oil, non-gold imports start to normalise, gold imports gather steam around the festive/marriage months, and crude oil demand and prices stabilise at a moderate level.

Services payments or imports in June too declined by 15.29 per cent to $9.96 billion.