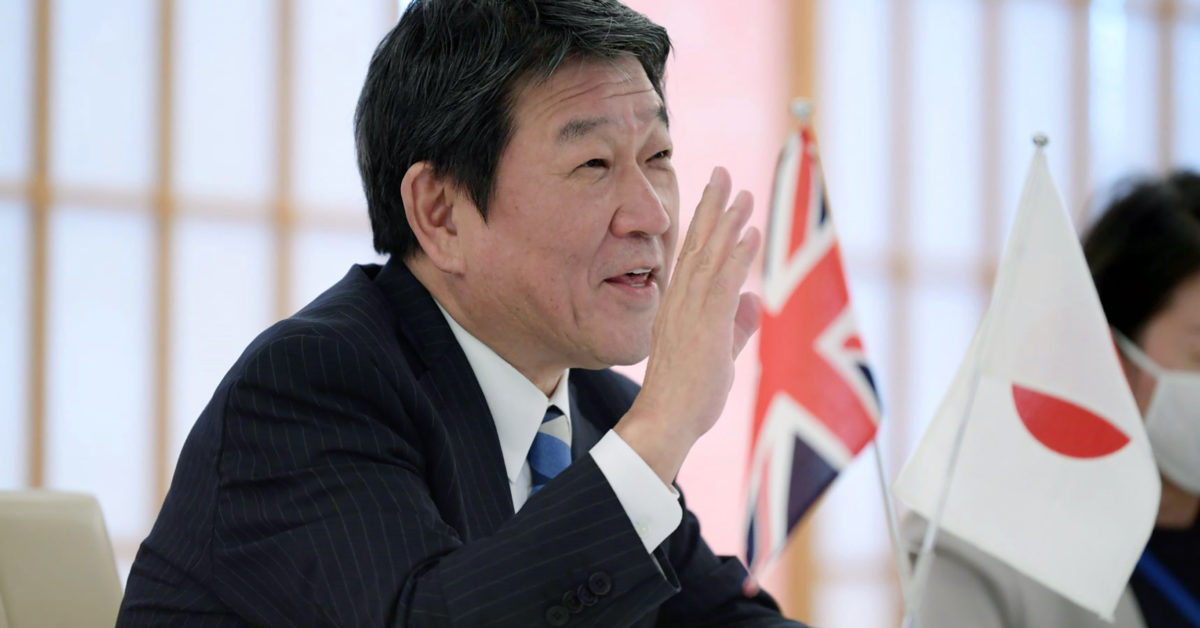 Press play to listen to this article

A little ray of light shone on “Global Britain” from the U.K.’s new and improved rollover trade deal with Japan, which was agreed in principle on Friday and is the first independent deal the U.K. has signed after leaving the EU.

It’s not only a welcome diversion from Britain’s troubled negotiations with the EU on their future relationship but also a big win for U.K. Trade Secretary Liz Truss who, from a political perspective, is seen carrying the flag of Britain’s future out of the EU through the agreement (in principle, for now) with Japan’s Foreign Minister Motegi Toshimitsu. The deal, which took a little over three months to conclude, is expected to be signed soon and its text will be available in October.

After the deal was announced on Friday, however, trade experts said it will be hard to say exactly how far the U.K.-Japan Comprehensive Economic Partnership Agreement pushes beyond Japan’s deal with the EU until they get their hands on the details of the text.

The deal is not expected to improve on the 0.07 percent increase (some £1.5 billion over the long term) to British GDP from the agreement forecast by the government. But it will increase trade with Japan by about £15.2 billion. Although Japan makes up 2 percent of British trade, there is still lots to be thankful for in the agreement, experts said. We’ve rounded up five of the most promising things:

The substance of the deal is almost as important as its political implications — showing that the dream of Global Britain is alive and well. It is “crucial” for the U.K. government that it “could strike the first trade deal with Japan as an ‘independent trading nation,’” said Minako Morita-Jaeger, a fellow at the UK Trade Policy Observatory. The agreement will also “play a role as a strong foundation to broadly enhance the UK-Japan bilateral cooperation beyond trade,” she said.

Beyond any advances in trade relations it makes, the deal provides security to businesses. “This is an important milestone for U.K. businesses who are eager to have certainty around their future trade relationships,” said Ian Tandy, head of trade at HSBC UK, pointing out the deal “will provide continuity in trading conditions from the start of next year and some reassurance for the 8,000 U.K. SMEs who are already exporting [to Japan].”

As the looming threat of a no-deal Brexit hung over talks between Britain and the EU this week, the Japan agreement is “a small relief for British and Japanese businesses,” said Morita-Jaeger. Their nerves aren’t completely settled yet, however, as Japanese businesses have traditionally used Britain as a hub to access the EU market for decades and are keen to see business flows continue unhindered through a solid EU-U.K. deal.

What it does for goods

The deal will see “strong tariff reductions” for U.K. pork and beef exports with low tariffs for food and drink products such as Stilton cheese. The deal also provides more generous quotas for malt than quotas in the EU-Japan deal, and reduced tariffs for car and rail parts supplying companies like Nissan and Hitachi.

One interesting advance it makes is in cumulation and rules of origin, making British exports to Japan that have a lot of EU parts in them count as goods originating from the U.K. However it doesn’t resolve the issue of British goods containing lots of Japanese parts that the U.K. wants to sell into the EU, which will need to be sorted out in a trade deal with the bloc. The Japan deal also allows the U.K. to apply for up to 70 geographical indications (GIs) on special products. Right now it has seven.

The deal also provides well for services, including a ban on data localization, allowing data to flow freely between the two nations, and promises better market access to Japan for U.K. financial services firms like Revolut and Transferwise by streamlining the licenses application process for Japanese operations. “The digital trade chapter includes significant provisions on cross-border data flows with high levels of data protection, as well as measures against data localization,” said TechUK, an association for the British tech industry, in a statement.

However, the government’s press release — which is “full of self-praise,” said Morita-Jaeger — contains little about the investment chapter of the deal. The deal also contains provisions that will allow greater movement of people, and junior employees from firms will be able to travel more easily between the two countries.

Getting to the CPTPP

Trade Secretary Truss spoke with the Comprehensive and Progressive Agreement for Trans-Pacific Partnership (CPTPP) nations earlier this week to discuss the potential for Britain’s accession to the 11-nation trade bloc. The Japan agreement is another stepping stone on the U.K.’s path to joining the bigger trading bloc.

Trade talks with another CPTPP nation, Australia, start in a matter of weeks and a rollover deal with member nation Canada is expected in October, along with another round of talks with member New Zealand. “Strategically, the deal is an important step towards joining [CPTPP] and placing Britain at the centre of a network of modern free-trade agreements with like-minded friends and allies,” said Truss.

Related stories on these topics: