The UK has struck its first big post-Brexit trade deal after reaching a historic agreement with Japan that is expected to increase trade by £15bn a year.

The deal was reached after a compromise on agriculture under which the UK will have access to export quotas for cheese and other products that have not been used by the EU, said negotiators.

The agreement with Tokyo comes at a crucial moment for Prime Minister Boris Johnson as his move to unpick parts of the Brexit withdrawal treaty risks the collapse of trade talks with Brussels.

Parallel trade talks with Donald Trump’s US administration have stalled — to the disappointment of Brexiters — with the UK reluctant to give untrammelled access to US agrifoods.

Toshimitsu Motegi, the Japanese foreign minister, and UK trade secretary Liz Truss confirmed their agreement in principle to the new deal via a teleconference on Friday morning London time. The agreement is expected to be finalised in October.

“This is a historic moment for the UK and Japan as our first major post-Brexit trade deal. The agreement we have negotiated — in record time and in challenging circumstances — goes far beyond the existing EU deal,” said Ms Truss.

“Strategically, the deal is an important step towards joining the Trans-Pacific Partnership and placing Britain at the centre of a network of modern free trade agreements with like-minded friends and allies.” The TPP is a sprawling multinational trade pact.

Yet officials confirmed that the deal was expected to add a mere 0.07 per cent to UK gross domestic product. By contrast, government economists have forecast a 5 per cent loss of GDP from leaving the EU customs union and single market.

The UK government said on Friday that the deal would yield a £15bn increase in UK-Japan trade but was unable to give a timeframe on this estimate.

Japanese officials also highlighted the importance of the deal as a bridge to the UK joining the TPP, which includes Japan, Australia, Peru, Malaysia, Vietnam, New Zealand, Chile, Singapore, Canada, Mexico and Brunei.

The deal replicates most of the existing agreement between Japan and the EU, but adds new digital provisions such as a ban on data localisation. That will allow British financial services companies and Japanese game makers such as Sony to operate from offshore servers. 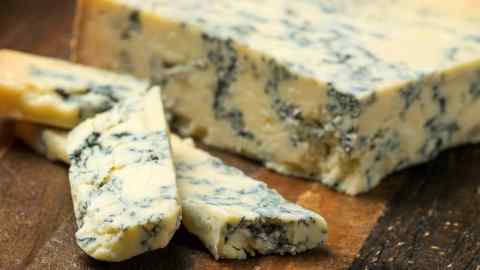 London hailed the deal’s liberal rules of origin for biscuits and knitwear; new “geographical indications” for Wensleydale cheese and Welsh lamb; and more generous market access for its malt producers.

Tokyo said that UK tariffs on automobile and railway parts would fall faster than they would have done under the existing EU deal, creating new opportunities for its exporters. UK tariffs on electronic control units for automobiles will fall to zero as soon as the agreement takes effect.

“This maintains the benefits to Japan under the existing EU-Japan agreement and ensures continuity for Japanese business,” Mr Motegi told reporters.

One of the biggest sticking points was so-called tariff rate quotas in agriculture, which let European farmers export a limited amount of sensitive foodstuffs to Japan at a lower tariff.

Tokyo refused to give the UK any new quota, but for 10 out of 25 products covered in the EU-Japan deal — including cheese, tea extracts and bread mixes — the UK will be able to use any quota left over by the EU.

For example, if the EU uses only 19,000 tonnes of its 20,000 tonne quota for low-tariff cheese exports, the UK will be able to use the remaining 1,000 tonnes. Asked whether that meant the UK could end up empty-handed, one official said: “There is headroom in these quotas.”

Carolyn Fairbairn, director-general of the CBI business group, hailed the signing of the deal as a “breakthrough moment”.

“Business will help support the government in its efforts to secure more trade deals around the world and promote their benefits to communities,” she said. “The Japan deal can be the first of many.”