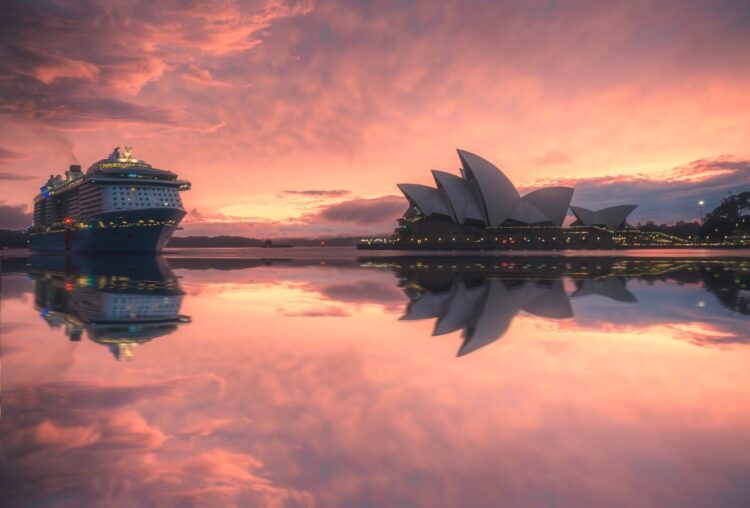 British business could get tariff-free access to almost 500m consumers if it is successful in joining the Trans-Pacific free trade area post-Brexit.

That was the message delivered to Liverpool city region businesses in the third webinar in the Global Trade Outlook Series, organised by industry bodies Mersey Maritime, Maritime UK and Western Union Business Solutions.

It focused on the prospects of an initial free trade agreement (FTA) between the UK and Australia which it was hoped would then lead to Britain joining the Comprehensive and Progressive Agreement for Trans-Pacific Partnership (CPTPP).

It was formed in 2018 and currently comprises 11 countries – Australia, Brunei, Canada, Chile, Japan, Malaysia, Mexico, New Zealand, Peru, Singapore and Vietnam. Together they have a combined GDP of £7.5 trillion or 13% of the global total.

It is the third-biggest free trade area in the world behind the North American Free Trade Agreement and the European Union. UK Trade Secretary Liz Truss has met with the chief negotiators from all 11 member countries this week.

And George Brandis told Mersey Maritime members: “The UK is embracing global Britain in a big way and we in Australia are delighted to see it. For the first time since the 1970s Britain will be pursuing an independent trade policy. Australia wants to be part of that and we will back Britain all the way.

“An Australia-UK FTA is an important stepping stone to accession by the UK into the CPTPP.  On June 17, Liz Truss and her Australian counterpart, Senator Simon Birmingham, officially launched negotiations to a comprehensive and ambitious FTA, identified by Prime Minister Johnson as one of his four top trade priorities.

“Talks are progressing well and there is a grant deal of political will to have the talks wrapped up in matter a months not years. This will be good news for Britain and Australia. Already Britain is Australia’s fifth-largest trading partner. It is a win-win outcome for trade, consumers and business people.”

Mr Brandis added that the CPTPP was “one of the most comprehensive FTAs ever concluded” and has eliminated 98% of the tariffs between countries in the Pacific Rim and embraces close to 500m consumers.

“We expect to see annual benefits of £8.5bn to the Australian national economy by 2030,” he said. “As a foundation member Australian exporters benefited from immediate tariff cuts.

“Australia has decided it will support Britain aspiration to accede to the CPTPP. The addition of the UK would extend its reach of the global economy from 13% to 18%. The Pacific Rim is the most dynamic area for economic growth around the globe.

Singapore is one of the countries in the CPTPP

Kyle Naish and his team provides support to Australia’s trade negotiators in their discussions with their UK counterparts. He said there was a high level of confidence the two countries would sign a bi-lateral FTA and there was a real will on both sides to get it done.

Australia has an FTA with its closest neighbour New Zealand, an agreement that is recognised as an exemplar for free trade agreements across the world. However, Mr

Naish stressed it comprised a number of agreements signed over decades and couldn’t simply be lifted as a template for an agreement with the UK.

He explained: “It is quite tricky to start an FTA with the UK from scratch but we can replicate some of the principles from our agreement with New Zealand. An elimination of all tariffs and quotas is one thing we would look to achieve. Each FTA is unique and we don’t follow a template.”

Both the economies of the UK and Australia are heavily service-based – 80% for the UK and 70% for Australia – and Mr Naish said that was an area that would have a lot of focus in the agreement.

“Our two countries are already well linked so it is not just a case of establishing new trading relationships but also growing the ones we already have,” he added.

Other priorities, he said, would be to have common standards on professional qualifications and on striking an agreement on agriculture, which was always a priority for Australia.

Coverage of a possible UK-US trade deal had focused on hygiene and animal welfare standards and Mr Naish was keen to reassure on this point. He said: “We always look to maintain high quality and sustainable standards in our food exports. To give one example, we have been supplying hormone-free beef to the UK for decades.

“Australia has been assessed independently and we have been found to have the highest standards of animal welfare.”

Mr Naish also pointed out that one in five bottles of wine consumed in the UK already come from Australia. In conclusion, he said: “We are looking to grease the wheels of commerce and get trade flowing between Australia and the UK.

“We want to make sure we maximise the trade opportunities between our two countries. Businesses want to be agile and trade with as little friction as possible.”