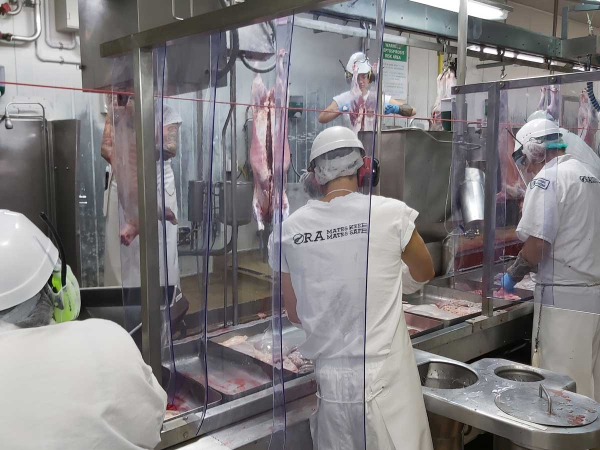 A jump in the value and volume of New Zealand’s sheepmeat exports to Europe and the UK shows why preserving WTO tariff-rate quotas is so important, claims the Meat Industry Association (MIA).

Its analysis shows that NZ’s sheepmeat exports rose 12% by volume and 5% by value in August – compared to a year ago,

“Trade patterns are continuously changing. The red meat sector’s ability to maintain steady overall export volumes and value during these difficult times underlines the importance of flexibility and responding to constantly evolving market dynamics,” she explains.

“It also illustrates the difficulty of predicting future trends based on historical trade data. We remain deeply concerned about the proposal for the EU and UK to split the WTO tariff rate quotas, which would reduce that flexibility and disadvantage New Zealand.”

Karapeeva adds that a fall in sheepmeat exports to China (-13% by value) was offset by the significant increase in demand from the UK and Europe – despite the uncertainty of the fast-approaching Brexit.

MIA figures show that a total of 2,044 tonnes of sheepmeat was exported to the UK in August 2020, a 43% increase on August 2019. Exports to the Netherlands rose by 80% and to Germany by 30%. France and Belgium also saw increases.

Meanwhile, New Zealand exported 9,940 tonnes of beef to the US during August 2020, the highest volume for the month since 2016. This represented an 85% increase on the same period in 2019. This was worth $80 million, the highest August value for beef exports to the US since 2015.

This increased demand from the US offset a reduction in beef exports to China.

She adds that this result is very positive given the challenging global environment.

“Brazil has also increased its beef exports to China as it benefits from the drop in value of the Brazilian real against the US dollar.”

NZ beef volumes exported to Canada, Taiwan, Korea, Australia and Saudi Arabia also lifted year-on-year. This included a 209% increase to Canada, with 1,993 tonnes and 73% increase to Taiwan at 1,507 tonnes.

The value of all of NZ’s red meat and co-products exported during August held steady compared to the same period last year – at $516.7 million. China still remains our largest red meat market – with total exports of $151.7 million.