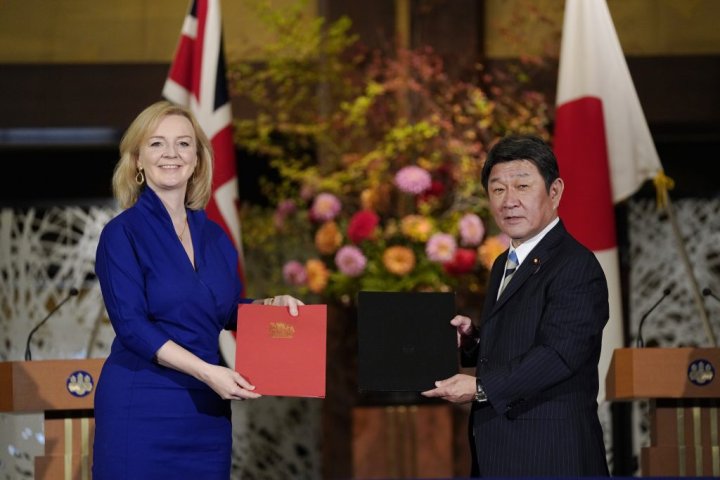 Britain and Japan formally signed a trade agreement on Friday, marking the UK’s first big post-Brexit deal on trade, as it continues to struggle to agree on a deal with its closest trading partners in the European Union.

Motegi pointed out that the signing came about in just four and a half months since the start of negotiations and said, “This is a manifestation of the determination of Japan and the United Kingdom to carry on vigorously promoting free trade”.

Britain has said the deal meant 99% of its exports to Japan would be tariff-free, and that it could increase trade by 15.2 billion pounds ($19.9 billion) in the long run, compared with 2018.

Motegi said after the signing that he had agreed with Truss to work together so that the deal will come into force on January 1, 2021.

Read more:
Brexit: No trade deal in sight as yet another deadline looms