LONDON, Nov. 20, 2020 /PRNewswire/ — On 15 November, 15 countries signed the Regional Comprehensive Economic Partnership (RCEP). This trade and investment agreement will cover around 30% of the world by both GDP and population. Over time, it should lead to deeper integration of regional supply chains and economies in East and South East Asia, boosting trade and productivity. 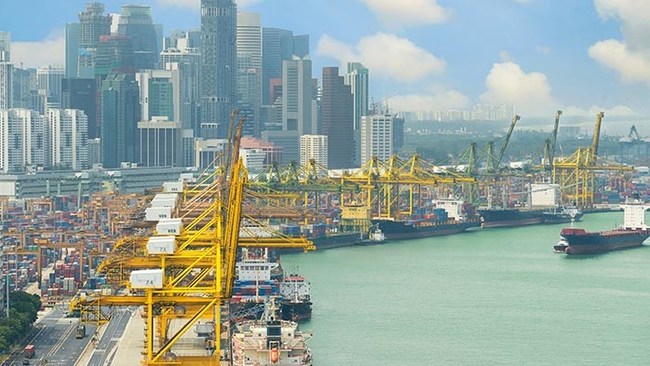 RCEP extends and links a number of existing trade agreements into a multi-lateral partnership covering most of the major economies in the Asia-Pacific region. It includes all the members of the Association of South East Asian Nations (ASEAN) (Indonesia, Thailand, Malaysia, Singapore, the Philippines, Vietnam, Myanmar, Cambodia, Laos and Brunei), plus China, Japan, South Korea, Australia, and New Zealand. Notably, it does not currently include India.

In some areas – tariff reduction, e-commerce, and state-owned enterprises – RCEP is not as ‘deep’ an agreement as the Comprehensive and Progressive Trans-Pacific Partnership (CPTPP), which includes a number of common countries with RCEP (Japan, Australia, New Zealand, Malaysia, Vietnam, Singapore and Brunei). However, RCEP could act as a platform for future agreements that go further.

Although signed, RCEP may take months if not years to come into effect – it must be ratified by at least six ASEAN countries and three non-ASEAN countries before coming into force. However, its long-term impact could be significant for a number of reasons.

RCEP covers a huge – and growing – share of the world economy

The 15 signatory countries to RCEP constitute almost 30% world GDP, a similar share to the US-Mexico-Canada Agreement (USMCA, which replaced NAFTA) and significantly larger than the EU. What is more, this share is likely to increase over time, as RCEP includes many faster growing economies – such as China, Vietnam and Indonesia. RCEP represents an even larger share of the world’s population – over 30%, compared to around 6% for each of the USMCA and the EU.

Since our foundation by Robert Perlman in 1969, we have consistently invested in primary research and robust methodologies, and developed expert teams in key locations worldwide, including in hard-to-reach markets such as China.

CRU employs over 260 experts and has more than 10 offices around the world, in Europe, the Americas, China, Asia and Australia – our office in Beijing opened in 2004.

When facing critical business decisions, you can rely on our first-hand knowledge to give you a complete view of a commodity market. And you can engage with our experts directly, for the full picture and a personalised response.

CRU – big enough to deliver a high quality service, small enough to care about all of our customers.