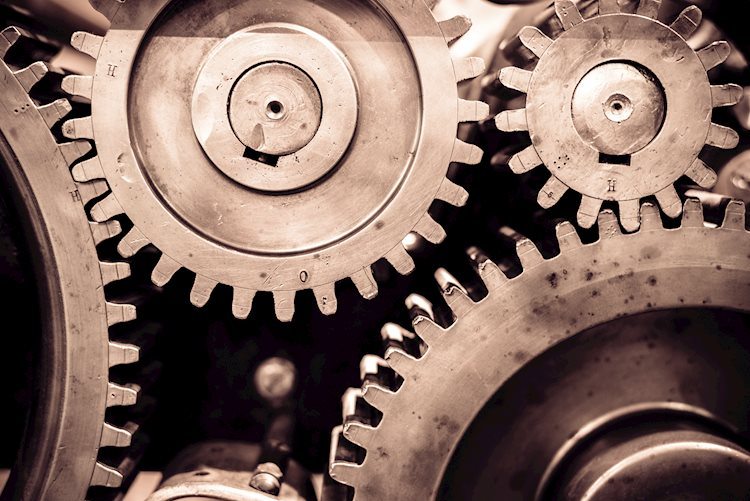 Overview: News that the AstraZeneca vaccine was 70% effective but could be enhanced by changing dosage is lifting spirits and boosting equities. Japan’s markets were closed for a national holiday, but all the equity markets in the region advanced and many by more than 1%. Strong export figures for the first 20 days of November helped lift South Korea’s Kospi to almost a record high. Europe’s Dow Jones Stoxx 600 gapped higher traded at a new nine-month high. US shares are also trading higher, and the NASDAQ appears to be lagging a bit. Core benchmark 10-year yields in Europe and the US are mostly a little firmer, while peripheral yields are softer. The US yield 10-year yield is up about three basis points to 0.85%. The dollar is broadly weaker. Sterling and the Antipodeans are leading today’s move, while the Swiss franc and Japanese yen are laggards. Most emerging market currencies are also gaining on the greenback. The two notable exceptions are the Turkish lira, which is experiencing renewed selling, apparently from domestic names, and the Chinese yuan, which has slipped slightly. The South African rand is the strongest of the emerging market currencies, even though the bonds are under modest pressure following Moody’s and Fitch’s downgrade ahead of the weekend. Gold has lost its luster and is trading quietly between around $1864 and $1876. January WTI is firm and traded at new two-month highs above $43.

Australia’s November preliminary PMI showed the recovery is expanding. The manufacturing PMI rose to 56.1 from 54.2, and the service PMI rose to 54.9 from 53.7. This translated into a 54.7 composite reading, the best since July, after 53.5 in October. Australia’s news was part of a string of string of favorable economic news from the region. For example, New Zealand reported a 28% jump in Q3 retail sales, well above the 19% economists were anticipating. South Korea reported its exports jumped 11.1% year-over-year in the first 20-day of November, helped by strong technology and autos. Exports to China were up 7.2%, to the US 15%, and the EU 21%. Japan was out the outlier, and South Korean exports were off a little more than 7%. Imports rose 1.3%, the first increase since March.

China’s Xi suggested interest in joining the Comprehension and Progressive Trans-Pacific Partnership. It was denigrated by many American observers, yet whatever instrument of containment that was to complement the pivot to Asia ended when the US withdrew. Seven countries signed both the CPTPP and the ASEAN-led Regional Comprehensive Economic Partnership, including Japan, Australia, New Zealand, and Singapore. There are four members of the CPTPP that are not members of the RCEP, Canada, Mexico, Chile, and Peru. Japan’s Prime Minister Suga and others want to expand the CPTPP. Beijing contrasts its multilateral approach to the US unilateralism. The RCEP brings China, Japan, and South Korea into a trade agreement for the first time, which seems like a notable accomplishment. It could even spur a bilateral trade agreement between Japan and South Korea, despite stark political differences.

The dollar is sidelined against the yen and is in less than a 20-tick range above JPY103.70. It is the fourth session that the greenback is pinned in the trough near JPY103.65. In this period, the dollar has encountered selling pressure in the JPY104.20 area. The Australian dollar is firm, and it is within striking distance of this month’s high (seen twice) of $0.7340. A move above there leaves little resistance ahead of the year’s high set on September 1, near $0.7415. While a new session high is possible, the intraday technical readings are stretched. The PBOC set the dollar’s reference rate at CNY6.5719, in line with expectations. The central bank continued to provide liquidity into the banking system, and the key seven-day repo rate fell to 2.15%, the lowest in a couple of weeks. After trending higher, the yuan has begun consolidating and is softened a little for three of the past four sessions.

Germany’s Finance Minister Scholz, and possibly the next Chancellor, signaled a larger increase in the government spending next year. Previously, new debt was expected to be a little more than 96 bln euros, and over the weekend, Scholz suggested it would be nearer 160 bln euros. Most of the increase to help cope with the impact of the virus and the social restrictions. The government expects the economy will expand by 4.4% next year after contracting about 5.5% this year.

The UK-EU trade talks have gone virtual. There had been speculation a deal may be struck early this week. The problem is that brinkmanship implies a deadline, but it is unclear exactly where it is in these talks. The end of summer was a deadline, and the middle of October was another. EU chief negotiator Barnier suggested last week that the talks could stretch into December. One EU official suggested that 95% of the deal has been struck, but as one knows, nothing is agreed upon until everything is, and Ireland’s foreign minister doubted an agreement will be reached in the next ten days. Meanwhile, the UK has until the year to negotiate free-trade agreements with all those countries that the EU has; otherwise, the WTO rules apply, which means higher duties. The UK reached a deal with Canada last week and has achieved agreements with Norway, Israel, and South Korea. The UK needs to conclude talks with several others, including Mexico, Turkey, Singapore, and Vietnam.

The preliminary eurozone November PMI showed the loss of momentum that cannot be surprising given the virus’s rampage and the social restrictions. The French manufacturing PMI fell more than expected (49.1 from 51.3), but the German reading held up much better at 57.9 (from 58.2). On the other hand, both service PMIs were weaker than expected. The German service PMI fell to 46.2 from 49.5, and the French service PMI fell to 38.0 from 46.5. The net result as the aggregate manufacturing remains in expansion territory at 53.6 (54.8 in October), while the aggregate service PMI slumped to 41.3 (from 46.9). The composite fell to 45.1 (from 50).

The UK’s preliminary PMI followed a similar pattern: reasonable strong manufacturing but weaker services drags down the composite. The manufacturing PMI rose to 55.2 from 53.7. Most economists had expected a pullback. The service PMI softened to 45.8 (from 51.4), but it too was stronger than expected (42.8, according to the median forecast in Bloomberg’s survey). The composite fell to 47.4 from 52.1.

The euro is firm but within the pre-weekend range. Recall that last week, the euro traded above $1.1890 but below $1.19 in three sessions. It has not made it above $1.1890 yet today. Support is seen in the $1.1850-$1.1860 area, and the lower part of that range houses an option for about 630 mln euros that expires today. The prospects for the AstraZeneca vaccine, and some hopes that a UK-EU trade deal can be reached, and expectations for new public spending to be announced Wednesday are helping lift sterling today. Sterling has a three-week rally in tow and was bid to $1.3380 in early European turnover, the highest since September 2. The high for the year was set on September 1, near $1.3480. Recall the 2019 high was set last December around $1.3515. The cross is heavy, and the euro has been sold below last week’s low to approach the month’s low seen near GBP0.8860.

President Trump continues to take actions that will deliver a fait accompli to Biden, by which we mean actions that tie the next administration’s hands. While some of the measures can be unwound, they will be difficult to do without sending the wrong signals. Reports suggest Trump will shortly announce export bans on nearly 90 aerospace companies with ties to the Chinese military. Around 28 Russian companies will also be cited. Meanwhile, despite the White House’s refusal to begin the transition, Biden’s team is going forward, and the President-elect is expected to announce several nominations as early as tomorrow. The two highest-profile cabinet posts, State and Treasury, have already been picked, and reports point to Blinken and Yellen, respectively.

Canada and Mexico’s diaries are light today. The main US release ahead of Wednesday’s data dump (features weekly jobless claims, durable goods orders, another look at Q3 GDP, the FOMC minutes, and October personal income, consumption, and inflation data) is today’s preliminary PMI. While a pullback is expected, unlike EMU, the composite reading will be consistent with a continued expansion. Three regional Fed presidents speak today (Barkin, Daly, and Evans). The market will be looking for cues into Fed-think and the prospects for adjusting its bond-buying next month. Concentrating the purchases at the longer end of the curve is the most likely scenario, but many hold out the possibility of increasing the amounts purchased (current $80 bln a month of Treasuries and $40 bln a month of Agency MBS).

The US dollar is lower against the Canadian dollar but remains above last week’s low (~CAD1.3035). The decline took place in Asia and the downside momentum faded in the European morning. Nearby resistance is seen in the CAD1.3060-CAD1.3080 area. Rising equities and oil (proxies for risk and commodities) favor a stronger Canadian dollar, and the inability to restart the momentum could be an early signal of a pending correction. On the other hand, the Mexican peso is extending its recent gains. The US dollar is trading below MXN20.00 for the first time since early March. The immediate target is MXN19.80. The high nominal rates (~4.28% on a one-month bill, or cetes) and the broader gains among emerging market currencies appear to be fueling the peso’s gains.