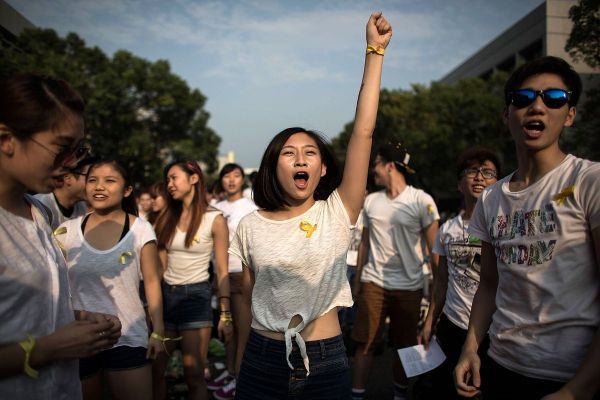 There has been something repulsive about PM Jacinda Ardern’s assurances that our joint 5 Eyes criticism of China’s actions over Hong Kong – and China’s harsh reaction – are all well understood on both sides. According to Ardern, it has been a case of us saying the sort of things we’ve said before, them acknowledging our need to do so, and then them responding much as we would expect them to do. All neat and tidy. Frankly, if all of this is merely virtue signalling on our part, and huffy declarations of independence on their part, then what’s the point of this diplomatic dance? Forgive the naivete, but how can any of it help the people of Hong Kong?

Clearly, it doesn’t. Essentially, we pay lip service to democratic values, while expecting the tyrants to continue behaving as before (without pretty please, imposing any trade repercussions on us out of annoyance at our presumption.) Whatever this is, it is not a sign of a “mature relationship” – to use Ardern’s unfortunate phrase.

We could do more. So far, all we’ve done – beyond uttering expressions of concern – is scrap the extradition treaty between us and Hong Kong. That’s because it is China’s rigged justice system (and not Hong Kong’s more enlightened one) that will henceforth be meting out justice, mainland style. But regardless, we could also be taking steps to – for example – help Hong Kong pro-democracy activists to find an overseas refuge. And/or offer we could also be extending the protections available to the Hong Kong students enrolled here, given that some of them could be facing retribution from the Chinese authorities if and when they return to Hong Kong.

So…. Maybe instead of just wringing her hands about the direction of events in Hong Kong, Ardern could match what Canada is doing to (a) offer asylum to pro-democracy demonstrators (b) extend the visas of Hong Kong students enrolled at Canadian universities, and thereby (c) offer them a path to permanent residency. Who knows? Maybe Beijing might even respect us more if we showed a bit more backbone, instead of calibrating our criticisms of China so that we won’t make them mad at us. Beijing now knows that all it has to do is express its displeasure, and New Zealand will pull its head back in, quick smart. You could call that sort of relationship a lot of things, but” mature” isn’t the first adjective that comes to mind.

Here’s the statement by the 5 Eyes partners that triggered last week’s “five eyes/ten eyes/poke their eyes out” rejoinder. Beyond the pretty words, what actions are being taken by the governments of our Five Eyes partners in support of its sentiments ?

Given the level of its anti-China rhetoric, the Trump administration might have been expected to be in the vanguard of nations confronting China over its crushing of democracy in Hong Kong…but no such luck. The US has sent mixed messages at best. Hong Kong activists seeking asylum in US consulates have been turned away. ( Reportedly, one was a US citizen.)The current US position is that asylum bids can only be made on US soil, or at ports of entry to the US:

The US government has warned Hong Kong activists that they cannot claim asylum at America’s overseas missions, averting a potential diplomatic confrontation with Beijing on Chinese soil… The state department’s warning that asylum can only be claimed in the US contrasts with secretary of state Mike Pompeo’s vociferous support for Hong Kong’s pro-democracy movement. In September, the Trump administration listed residents who had fled Hong Kong as a priority in its annual refugee admissions for the first time….Some Hong Kong residents who have made it to the west have been granted a path to asylum in the US, UK, Canada and Germany, infuriating Beijing.

Like New Zealand, the US has also taken steps to limit the export to Hong Kong of sensitive technology that might have a military application. In effect, Hong Kong is now to be treated as if it was part of China – which seems a strange way to protest and protect the remnants of the territory’s special status. (One nation, one system is the whole point of what China is doing to Hong Kong.)

New Zealand has a consulate in Hong Kong. Our policy position with respect to asylum bids has yet to be tested in any significant way ( see below) either in Hong Kong, or here. As a signatory to the UN’s 1951 Refugee Convention we would have to offer refuge to those feeling persecution for among other things, “reasons of political opinion.” Moreover, the Refugee Convention’s core principle is one of non-refoulement, whereby signatory states cannot return asylum seekers to their homelands if they face a genuine risk of being subjected to persecution, on return. (The UN’s Torture Convention, which forbids subjecting people to “cruel, inhuman or degrading treatment” would also apply to the situation facing Hong Kong pro-democracy activists.)

Obviously, the UK has a special relationship with Hong Kong. Since 1997, Britain has supposedly been the guarantor of the territory’s “one country, two systems” model… The model that Beijing has just scrapped. In recent months, the UK has announced measures that could eventually enable millions of Hong Kong residents to find refuge in Britain. Recent coverage of what the UK is offering can be found here.

Britain offered millions of Hong Kong residents a path to citizenship after the passage of the security law in June, saying the law breached terms of the 1997 handover from colonial rule. The government predicts up to 200,000 will make the move in the next five years…prominent exiles have formed a vanguard. Those who have already arrived include two whom Hong Kong authorities put on an international police wanted list for “inciting secession” and “collusion” with foreign powers.

Overall though, Britain has let China do to Hong Kong what it would not let Argentina do to the Falklands. Another “mature” decision.

After China imposed the new and repressive national security law in Hong Kong, the Australian government quickly responded with added protections (and inducements) for Hong Kong students and skilled workers:

The Australian government is offering new and extended visa options to students and skilled workers from Hong Kong. This will help Hong Kong passport holders to remain in Australia, with pathways to permanent residency.;;;;

Current and future students from Hong Kong will be eligible for a 5 year temporary graduate visa once they successfully complete eligible tertiary studies. Those former students already on a temporary graduate visa will be given an extension of up to 5 years, starting from 9 July 2020. These graduates will also have a pathway to permanent residency after 5 years. For those who study at a regional campus and choose to live and work in regional Australia, the pathway to permanent residency will be available after 3 years.

More on this here. Also the South China Morning Post has recently published this useful tally of this year’s upsurge in asylum claims lodged with foreign countries by Hong Kong citizens:

As of September, 136 asylum seekers had headed to Australia, up from about 120 last year, and about 50 in 2018. Canada, meanwhile, had seen 25 Hongkongers seeking refugee status as of June, up from nine last year, and two in 2018. There were also small numbers of applications for asylum in Britain, Germany and New Zealand, with each locale similarly registering an upwards trend. A total of 181 Hongkongers have applied for asylum in the five countries this year, checks by the Post found, up from 141 last year, and 62 in 2018.

The SCMP lists three asylum claims lodged with New Zealand from Hong Kongers so far this year ( presumably, that figure was as of September 2020) compared to 2 in 2019, and 1 in 2018.

Canada was a world leader in allowing the private sponsorship by Canadians of refugees from the civil war in Syria. This year, it has offered some genuine support to Hong Kong citizens and students, but as yet, it has stopped short of easing the terms under which the territory’s pro- democracy students can gain asylum in Canada.

Here’s an up-to-date account of the support measures the Trudeau government has put in place regarding Hong Kong, with an outline of the added measures that Trudeau’s critics say he now needs to take:

Immigration Minister Marco Mendocino said Canada will expedite study permits, create new three-year work permits in Canada for recent graduates, and change refugee policy to ensure no foreign national or Hong Kong refugee claimant is barred entry solely on the basis of a conviction or charge under China’s national security law…..But the minister stopped short of offering outright refugee protection or easing ways to claim asylum status for pro-democracy activists from Hong Kong, on a week when Ottawa again denounced the oppressive national security law that led to the ouster of the four elected Hong Kong lawmakers from its legislature.

Clearly, the Canadian government also wants to avoid unduly upsetting China. Still, at least it has taken serious steps to ease entry for students, graduates and young professionals from Hong Kong, and it has created pathways for them to remain as permanent residents. More on that here. So…of Ardern really believes in the democratic principles that China has been bulldozing in Hong Kong, there are plenty of ways she can match her fine words with action.

After all, Winston Peters is now no longer a handbrake and convenient excuse for Immigration New Zealand’s delays in visa processing. For the past two years or more, INZ has been a total shambles when it comes to the fair and timely processing of skilled migrant category visas, to the point where it has evidently ended up systematically ripping off large numbers of applicants.

That being so, the obstacles to us doing anything meaningful to help out Hong Kong citizens are likely to include INZ’s structural incompetence, as well as the government’s timidity over anything to do with China.

20 years of independent publishing is a milestone, but your support is essential to keep Scoop thriving. We are building on our offering with thedig.nz our new In-depth Engaged Journalism platform. Now, more than ever sustainable financial support of the Scoop Foundation for Public Interest Journalism will help to keep these vital and participatory media services running.
Find out more and join us:

Become a member Find out more