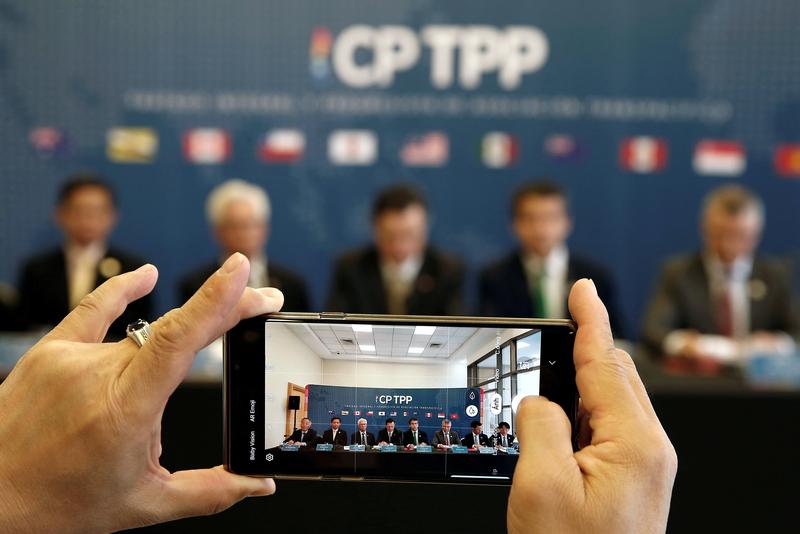 BRUSSELS (Reuters) – Chile and the European Union could seal a deal on a modernised free-trade accord by April, Chile’s deputy trade minister said on Tuesday, giving the South American country greater access to the world’s biggest trading bloc.

The EU and Chile signed a deal on political and economic cooperation in 2002, but decided it needed updating to take into account issues including climate change, education policy and trade.

Around 10% of Chilean products, including farm goods, do not have preferential access to the EU, something the deal would be hoped to change, Rodrigo Yanez told reporters during a visit to Brussels with the country’s foreign minister, Andres Allamand.

A broader deal with the EU could drive economic development in Chile, the world’s top copper exporter, by attracting investments, for example in lithium, which is needed for electric vehicle batteries, Yanez said.

“On lithium, our basis is to create an industry around this, not just be a raw materials exporter,” Yanez said.

Both sides will meet for more talks in January, with a second and final round by April, and a formal exchange of market access offers – seen as crucial to clinching a deal – in the first few months of next year.

The EU is looking to increase commerce in services and to open up access to public tenders, for example allowing EU companies to sell to Chilean government agencies.

The two sides are also working to include provisions on sustainable development, small- and medium-sized companies, tacking corruption and on issues related to women and trade.