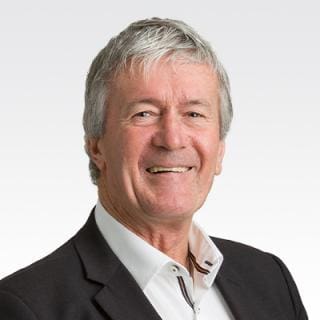 “At the heart of our decision is upholding New Zealand’s reputation for high standards of animal welfare. We must stay ahead of the curve in a world where animal welfare is under increasing scrutiny,” Agriculture Minister Damien O’Connor (left) said.

“This decision will affect some farmers, exporters, and importers and a transition period will enable the sector to adapt.”

The New Zealand Government says the trade that generates about $250 million in export dollars for the country each year, but members of the trade said the 110,000 cattle exported in 2020 were worth almost $350 million, and the trade was growing towards the $500 million mark this year.

The ban has come “as a a surprise” to NZ’s agriculture sector according to Federated Farmers animal welfare spokesperson, Wayne Langford.

“The Minister has said this is all about protecting New Zealand’s reputation as the most ethical producer of food in the world. Those farmers who support livestock exports would point out our trade in this sector operates to some of the highest animal welfare standards anywhere – standards that were further bolstered after last year’s Heron Report,” he said.

“Our farmers care deeply about animal welfare. The government has seen fit to bring in this ban but Federated Farmers has no information about any breaches of the high standards relating to livestock exports.” 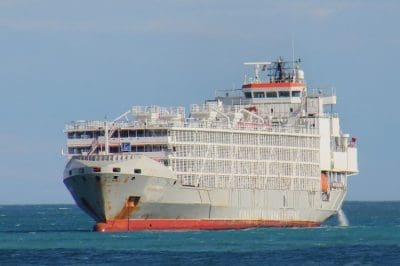 The Gulf Livestock 1, formerly named the Rahmeh, was carrying 43 crew members and 5,867 dairy heifers from NZ to China when it disappeared during a Tyhpoon in the early hours of September 2., 2020 (Image: VesselFinder.Com)

The Heron Report, which followed the sinking of the Gulf Livestock 1 in a cyclone last September, led to further requirements including:

“There is a contractual relationship with the companies receiving livestock from New Zealand at the export destination to have minimum standards in place, and these are monitored for 30 days after arrival of the animals,” Mr Langford said.

“But it is true that after then, New Zealand has no control over the future welfare of those animals.”

“The one encouraging aspect of the government’s announcement is the transition period of up to two years to enable those farmers with commitments in place to honour those commitments, and consider their options once live exports are off the table,” Mr Langford said.

Minister Damien O’Connor said the Ministry of Primary Industries (MPI) review of live exports, which started in 2019, identified mixed perceptions of the activity.

“There is split opinion about its long-term value and how it fits with the story we want to tell internationally to consumers. In its review submission, the independent National Animal Welfare Advisory Committee (NAWAC), which advises ministers on animal welfare issues, advised that the practice should stop.”

Mr O’Connor said improvements had been made to the practice over recent years, but despite everyone’s best efforts, the voyage times to our northern hemisphere markets will always pose animal welfare challenges.

Mr O’Connor said officials had spoken to key trading partners about the decision.

“I recognise the importance of our trade relationships with our international partners and we’re committed to working with them as we transition away from the shipment of livestock. New Zealand has an opportunity to boost trade through our cutting-edge scientific work into dairy cow genetics and germplasm use.”

“During the transition period, exporters will meet the extra requirements that we introduced following the independent Heron report, which was carried out after the tragic loss of the Gulf Livestock 1 in September 2020. I’ve asked MPI to provide further advice on improvements to animal welfare during the phase out.

“I want to thank all of those who took part in the wider review. The Government is committed to high animal welfare standards,” Damien O’Connor said.

The ban does not apply to animals moved by air.

“Clearly the periods are far shorter and generally they are well looked after. We have not had any indications of concerns about animal welfare for animals moved by air,” Mr O’Connor has told NZ media.

The Animal Genetics Trade Association called the ban an “ill-informed, massively consequential decision for the nation, to earn short-term political brownie points from a few activists”.

“This is an immoral ban against a trade being conducted humanely. There is no morality in removing half a billion dollars from our economy and forcing the early deaths of up to 150,000 animals a year,” AGTA spokesman Dave Hayman said.

New Zealand livestock exporter and veterinarian Corin Dann told Radio New Zealand this morning the industry did a first class job in the way it exported exported animals with 99.9pc of animals delivered to China safely.

“And that loss rate is no different to what you would have on a New Zealand farm,” he said.

“The average loss rate per ship is maybe two to five animals out of 5000.”

He said the trade last year was worth betwee $300m and $350m and this year was substantially up and heading toward $500 million worth of trade.

He said that banning the trade potentially put NZ’s important agricultural trade relationship with China, worth more than $20 billion, jeopardy.

Challenging suggestions livestock exports are being phased out around the world, Mr Dann said more than five million cattle are exported from various countries around the world each year, the majority of which are exported by NZ’s “natural trading partners” like France, Germany and Canada.

“All of our natural trading partners are heavily involved in exporting livestock, including Australia, including Ireland and the UK and including countries like Denmark and Holland,” he said.

“We have invested substantially in our business and yes this ban will cost a lot of jobs and it will be a real tragedy to shut it down if we don’t get to continue.”