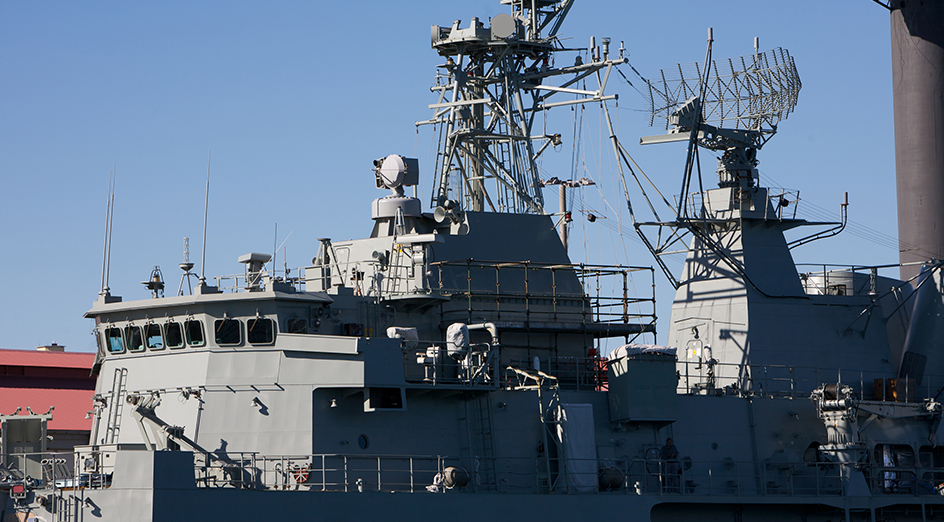 This article by Professor Peter Dean and Professor Stephen Smith from UWA’s Defence and Security Institute, originally appeared in The Australian.

It is time to rethink Talisman Sabre through an up-to-date strategic lens.

Australia’s largest and most important military exercise has been in its ninth iteration this past fortnight.

There is no doubt about its increasing significance to both Australia and our alliance partner, the US. It helps improve interoperability with the US and helps certify Australian capability.

Our peak bilateral exercise also has become increasingly multilateral since its inception in 2005.

This year, despite the pandemic, the exercise will involve 17,000 military personnel, including from Canada, Japan, New Zealand,
South Korea and Britain, as well as observers from India, Indonesia, France and Germany. Its growing significance also has been recognised by the People’s Republic of China.

The People’s Liberation Army Navy these days graces the exercise through an intelligence ship, indeed doubling its commitment this year with a second monitoring ship.

The exercise has fallen into a familiar pattern in terms of location and approach: mid-year, every two years, in and around the Shoalwater Bay military training area in northern Queensland and out into the Coral Sea.

It generally follows a set pattern of testing and evaluating key military capabilities, built on a plan where friendly forces always win in an environment where they can generally dominate at sea, in the air and on land, outmatching their opponent.

Since 2005 there has been an increase in numbers taking part in the exercises, with an expansion of cutting-edge capabilities, including the F-35 joint strike fighter, US high-mobility artillery rocket system and MIM-104 Patriot surface to- air missile systems.

But is this incremental pattern of expansion good enough? Is Talisman Sabre fit for Australia’s current strategic purpose?

If you look through the lens of last year’s defence strategic update and recent Indo-Pacific strategic and geopolitical developments, the answer has to be a clear no. Last year’s update made a much-needed reassessment of Australia’s strategic environment.

Most significantly, it ended the 10-year warning time for major conflict in our region. It emphasised the growing power and aggressiveness of China, and the growth of the strategic importance of the Indian Ocean and the Indo- Pacific. As such, the update is a prescient call for strategic change. In light of this major reassessment, now is the time to recalibrate Talisman Sabre through the 2020 update’s strategic lens. The next iteration of Talisman Sabre must radically change – to reflect that the strategic focus has shifted.

The first change has to be a rethink of the exercises geography. As the update effectively noted, these days geography rules strategy. One look at the Australian Defence Force’s Australia-India land bridge map, which shows our post-update strategic environment, tells you Talisman Sabre is looking the wrong way. It has to look north and west, moving away from its past anchor point in Shoalwater Bay and north Queensland.

The Indian Ocean and Australia’s northwestern approaches are on the doorstep of five of Australia’s top 15 trading partners (India, Indonesia, Malaysia, Singapore and Thailand) and some of the world’s fastest growing economies. Forty per cent of international offshore oil production comes from the Indian Ocean. It is through this region that our strategic oil and energy supplies flow. The Indian Ocean carries half the world’s container traffic, one third of bulk cargo transport and around two-thirds of the world’s maritime oil shipments. The Gorgon and North West Shelf oil and gas fields, the bulk of the nation’s iron ore, as well as the location of significant rare earth mineral deposits that are key to diversifying global markets currently dominated by China, are here.

Australia has strategically important Indian Ocean territories in Christmas and Cocos Islands – both of which sit astride major trade routes and close to key maritime choke points. Significantly this area is the avenue for nearly half of Australia’s exports. If any nation or non-state actor were to coerce or interdict Australia’s oil supplies or our exports, it would be in our northwestern approaches.

Australia’s northwest is also home to significant military training areas that can support exercises
focused on high-end conventional military scenarios. It includes the RAAF bases at Learmonth and Curtin, and the Pilbara Regiment. In any up-to-date and realistic strategic analysis, these assets are indispensable.

Almost a decade ago, at a time before the heightened geo-strategic competition we see today, the last ADF posture review noted the significance of our northwestern approaches to our nation’s security. Today that requires even deeper ADF engagement in this region. That review called for high levels of ADF “presence in northwest Australia, for both deterrence and reassurance purposes … increase aircraft and ship visits to airfields and ports … (and more) joint exercises”.

Yet little, if any, of these initiatives have been realised. Hand-in-hand with that review was the agreement with the Obama administration for enhanced alliance practical co-operation measures that included the Marine Rotational Force – Darwin, and enhanced air co-operation focused on northern Australia.

While Defence Minister Peter Dutton has called for more marines in Darwin, what has been lost from this debate are previously agreed measures for an increased US Navy presence in the Indian Ocean with US Navy ship rotations through HMAS Stirling, south of Perth. With a reset of the location of Talisman Sabre should come a fresh look at how to engage our partners in it. At its core, Talisman Sabre is a bilateral Australia-US exercise. This should not change.

However, the increasingly multilateral nature of the exercise needs to be reshaped to have a much stronger emphasis on our key partners in South and Southeast Asia. The focus here should be on India, Indonesia, Singapore, and Malaysia, in addition to Japan and South Korea from northeast Asia.

Beyond this inner circle, an Indian Ocean focus would make more sense for engagement by the UK, with its British Indian Ocean Territory, France with territories in the Indo-Pacific, and the EU itself, which now has an Indo-Pacific strategy.

Such a refocus for the exercise also would allow Australia to take advantage of the 2020 Australia- India Comprehensive Strategic Partnership, which included two “landmark defence arrangements” and the upgraded quadrilateral cooperation between Australia, India, Japan and the US. Including humanitarian assistance and disaster relief operations in the early stages of such a revamped exercise, with scenarios based for example on the rapid deteriorating effects of climate change, would allow Australia and the US to engage regional partners at different levels, while being supportive of these partners’ own geostrategic circumstance.

A humanitarian and disaster-relief exercise with Indonesia, first suggested by then-Indonesian president Susilo Bambang Yudhoyono following on the 2011 announcement of marines rotating through Darwin, would be a good start.

Such a revamped Talisman Sabre would focus on the key aspects of Australia’s 2020 defence update – shaping the region, deterrence, and preparedness to respond to high-end military contingencies. It must address more directly the practicalities of facing a peer competitor with advanced capabilities, in realistic scenarios that test our vital interests, joint warfighting skills, operating concepts and doctrine, and our interoperability with our US ally and our most important Indo-Pacific partners.

It is time our most important military exercise did so too.