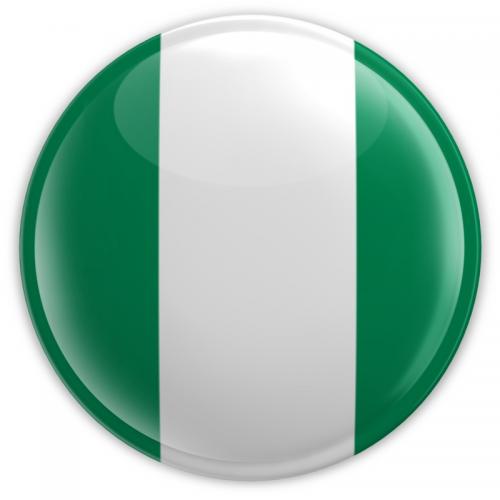 Nollywood, as Nigeria’s movie industry is widely known, has grown in leaps and bounds since the acclaimed 1992 home video movie, “Living in Bondage”. In less than two decades, the average film production budget has increased by ten-fold to about US$250,000 to US$750,000 while straight to DVD release has given way to windowing across theatrical, TVOD, SVOD, and/or DVD.[1] Nigeria’s TV and video market revenue grew by 7.49% to reach US$732 million in 2018 and was projected to reach US$806 million by the end of 2020.[2] Widely known for comedy, drama, and romance (many times of average storyline and quality), Nollywood producers and directors have in recent times pushed the envelope with the few resources at their disposal. Genres have expanded into horror, period pieces, musicals, animations and “nolly-noir”. However, the industry is still struggling and filmmakers are unable to be bold and ambitious particularly due to budgetary constraints.

To state the obvious, Nollywood needs co-production treaties to move to the next level.

Let’s start with what a co-production is. A co-production is a collaboration for the development, financing, production, and/or distribution of a motion picture project. The purpose is to share financial risk, bring financial and creative parties together in a joint venture, and/or gain the benefits under one or more co-production treaties. Typically, each producing partner contributes funds, services, and/or intellectual property. While not mutually exclusive, co-productions usually occur where (i) producers invest capital in return for an equity stake in a film, (ii) producers collaborate creatively on a production, or (iii) producers invest in a film for distribution rights.

The objective of co-production treaties is quite similar across the board and usually focuses on cultural, creative, and economic exchange in line with the 2005 UNESCO Convention on the Protection and Promotion of Diversity of Cultural Expression. The treaties are signed by competent authorities of the countries and the provisions usually include the application and processes to qualify as an official co-production, the required financial (usually between 20% and 80%), technical, and artistic contributions (usually proportional to budget contribution), and further detail specifics around third-party producers, film production and post-production, immigration and facilitation, equipment importation and tariff waivers, distribution and exhibition, the term and renewal of the treaty, nationality requirement, etc.

One of the major benefits of co-production treaties is the national treatment of co-produced films. The co-produced film enjoys copyright in the respective member countries. Other benefits include access to the markets of the treaty countries including box office, private and public (including government grants, tax incentives, etc.) financing, easier flow of technical equipment and filming materials on a temporary admission basis free of import duties and taxes, facilitation of entry of nationals from treaty countries, etc.

Currently, Nigeria does not have a signed co-production treaty although there is a draft of a treaty with South Africa. As a show of efforts, the Nigeria Film Corporation[7] recently signed a cooperation agreement with France on film production;[8] however, this agreement is not a co-production treaty as it focuses on conserving, cataloguing, restoring, digitizing, enhancing and archiving films. Through that agreement, the French government will give a maximum of €135,000 grant to a Nigerian film producer towards shooting a movie. For Nollywood to grow beyond its current state, Nigeria needs to sign the treaty with South Africa and further explore bilateral co-production treaties with other countries.

For Nollywood, the benefits of co-production treaties are very personal. As the most populous Black country and the biggest economy in Africa, Nigeria can build on its soft power and be the “Hollywood” of Africa starting with signing the treaty with South Africa. There is a lot already happening in the media and entertainment space between both countries. It can extend it to Nigerian and all Black filmmakers in the diaspora by entering into bilateral agreements with other countries in Europe, Asia, and the Americas. For instance, the South Africa/Canada co-production treaty amongst others has shown how much the treaties have helped foster participation among diasporic South Africans with their fellow citizens at home.[9] Another benefit to Nigeria is the opportunity for funding high budget movies beyond the usual comedy. Nigerian filmmakers can access funding available in other countries for projects like Afro-futurism, sci-fi, horror, etc.

What’s more, Nollywood filmmakers often complain about low license fees from SVOD platforms[10] but license fees are usually a function of many things including box office receipts, festival and industry awards, and star power. With access to the box office market of participating treaty countries (e.g., South Africa’s 750 movie screens compared to Nigeria’s 201 screens) and financing for higher budgets, co-producing partners in treaty countries might be incentivized to ensure success of such co-produced movies at their box office, which might lead to higher license fees post theatrical release. Moreover, although Nigerian films have a broader audience all over the world with the advent of Netflix, many of the licensed titles are still filled with flimsy plots, poor storytelling, and general lack of imagination,[11] and for the Netflix-branded original titles, it’s unlikely that Nigerian filmmakers own copyright in them. While Netflix has helped finance movies that would not have been made, these filmmakers often have to give up ownership of their work. As an official co-production under a co-production treaty, producing partners jointly own copyright in the work. This would give Nigerian producers leverage in negotiations with financiers and co-producing partners on retention and/or exploitation of distribution rights, first opportunity rights in derivative productions, and other ancillary rights in the co-produced film.

South Africa became a force to reckon with not only as a production hub but as an entertainment powerhouse following its many co-production treaties. When “Tsotsi” (an official co-production between South Africa and the U.K.) won the Oscar for foreign language film in 2006, Hollywood paid more attention to the South African entertainment industry. Oftentimes, a path to an Oscar award is a project that is authentic to its root but also resonates globally with a high production budget and costly marketing. Co-production treaties will provide Nigerian film practitioners with access to foreign knowledge, cutting-edge technology, and international best practices. Local filmmakers will gain practical knowledge working on high-budget movies during production and post-production (including visual effects). It is common knowledge that many successful Hollywood filmmakers spent years in “apprenticeship” on many films before making their own. Nigerian entertainment lawyers will also have access to additional tools in crafting more sophisticated deals across financing, development, production, exhibition, and distribution of filmed content for their clients.

The usual arguments against co-production treaties tend to be that co-productions often focus on tropes and for Nigeria, it would be about poverty, corruption, and fraud. While this may occur, current Nigerian films are replete with such tropes already. Some might argue that official co-productions will not benefit Nigeria’s popular genres. However, many Nigerian films focus on romance and comedy which tend not to be in need of major financing, advanced equipment, or a large technical crew which are often the issues that co-production treaties and available incentives seek to address. Nonetheless, if we learned anything from the Indo-Nigerian collaboration film “Namaste Wahala,”[12] it’s that co-production treaties can also work for a romcom! Lastly, people may argue that there seems to be a paradox of utilizing transnational policies to stimulate and develop local industries and artists. In effect, the argument suggests that co-productions would hamper local films and distort Nigeria’s cultures thus not allowing local films to continue to evolve organically ostensibly like the music industry has evolved. The truth is that the Nigerian music industry has had its share of collaboration within and beyond the shores of Africa, and this should be the case for the film industry as well but with some help from co-production treaties. The world is indeed a global village with information flowing at high speeds. If Nigeria, like other countries, already utilizes treaties to foster cooperation with its trading partners on economic and trade policies, then it should work in lifting its entertainment industry through co-production treaties.

[3] For example, the European Convention on Cinematograph Co-Production (1994) which is open for all European countries and a wide range of producers.

[4] Petar Mitric, The European Co-production Treaties: a Short History and a Possible Typology: Policy and Practice, in European Film and Television Co-production 63, 63 (2018).

[7] Nigeria Film Corporation was established pursuant to the Nigerian Film Corporation Act 1979, is responsible for the development of Nigeria’s film industry, encouraging the production of films for domestic consumption and export through training of local talent, rendering financial support amongst others.

[11] Bernard Dayo, Netflix Is Launching in Nigeria, But Not Everyone Is Happy, Vice: Life (Dec. 28, 2020), https://www.vice.com/en/article/k7agzn/netflix-naija-launch-nigeria