US food safety officials have blocked a rising number of meat shipments from Australia since 2019 due to faecal contamination, straining trade relations between the two countries, according to documents reviewed by Reuters.

Labour and food safety groups attribute the problem to an Australian system that increasingly allows companies to inspect their own meat, replacing government inspectors.

Similar efforts to privatise inspections are under way in other major meat-producing countries including the United States.

Ten shipments of meat from Australia, America’s second biggest foreign meat supplier, were refused by the US Food Safety and Inspection Service (FSIS) because of contamination with faeces or other digestive matter in 2020, up from one in 2019 and four in 2018, according to internal data from the US Department of Agriculture (USDA) included within the documents.

Canada and New Zealand, two other large suppliers of meat to the US, each only had one rejected shipment for contamination with faecal or other digestive matter in 2020, the internal data show. Mexico, another major supplier, had none.

Another three shipments of Australian meat were rejected for the same reason during the first two months of 2021, compared to one from New Zealand and none from Canada or Mexico, the data show. More recent figures were not included in the documents reviewed by Reuters, and the USDA declined to provide them when asked.

None of the companies responded to requests for comment.

Eating meat contaminated with faeces or other digestive material can result in deadly illness caused by E coli and other pathogens. Because US food safety inspectors only physically examine or test a subset of imported meat, the rejections suggest that other contaminated shipments may have made it through the United States border, according to food industry experts.

“That probably means you have a lot of contamination that’s not visible,” said Dr Barbara Kowalcyk, assistant professor at Ohio State University’s Department of Food Science and Technology. 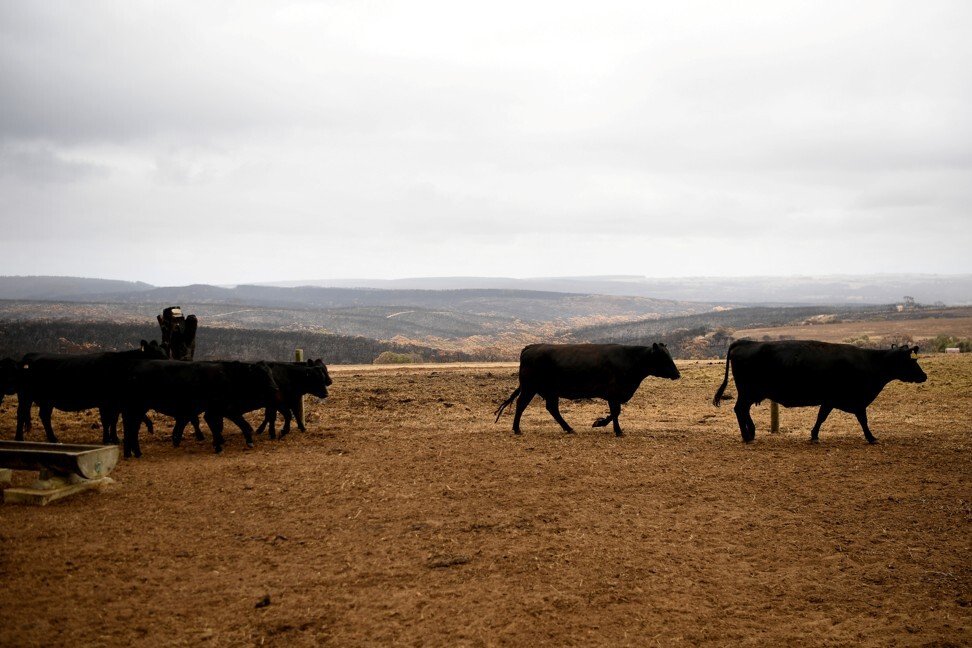 FSIS downplayed the rejections data in a statement to Reuters, saying its import inspection process “provides confidence in the safety of product from Australia that enters into US commerce”.

The US food inspection agency added that just 0.6 per cent of the Australian meat that it physically examined in 2020 was rejected. It did not provide a figure for what fraction of all imports was examined.

Australia’s Department of Agriculture, Water, and the Environment (DAWE) told Reuters in a statement that “Australian non-compliances remain very low – both relative to Australia’s total volume of meat and meat products exported, and when compared to competitor trading partners”.

The rising rate of rejections by the US has become a worry for Australia and US government officials, according to internal memos reviewed by Reuters.

Jason Lucas, the assistant secretary for the meat exports branch of Australia’s DAWE, wrote in a March 2021 memo that the agency was seeing an “ongoing trend” in the detection of faeces and digestive material on meat shipped to the United States, despite an October 2020 effort by the agency to curb such rejections.

He wrote that the spike has been highlighted by US food safety officials as a concern and warned that a continued trend of rejections “could result in the US imposing sanctions, losses in confidence in Australia’s export system, and/or potential losses in market access for the US”.

DAWE declined to answer questions about the memo Lucas wrote or to make him available for comment.

Australia shipped about 760 million pounds of meat to the United States in 2019, 18 per cent of total US meat imports, mostly in the form of lamb, mutton, veal, and beef.

The uptick in rejected meat shipments highlights potential problems in Australia’s domestic inspection regime, which has been transitioning from a government-run to a company-run system. Other major producers including the US, Canada, and New Zealand have been moving toward similar systems.

Under such semi-privatised schemes, regulators allow meat companies to substitute their own workers for government employees to inspect carcasses as they moved down the processing line. The change intends to speed up operations and save companies and the government money without undermining quality.

The Australian Export Meat Inspection System (AEMIS) was developed collaboratively by the meat industry and government and introduced in 2011. By 2019, an industry report found that half of exporting meat plants in the country had adopted the system.

In the early years of AEMIS, a spate of US shipments rejected for contamination resulted in a temporary ban on Australian meat imports to the United States in 2013.

Critics of company-run inspections say the system can result in more contaminated meat because plant workers often are not as experienced as government inspectors and may also feel pressure from their employers to prioritise speed over safety.

Minutes from a June 2021 meeting of a meat export committee within DAWE, for example, detailed one incident at an Australian meat packing plant in which “six washers and six staff with scrapers” were told by their company to scrape the faeces off of contaminated meat – a violation of food safety regulations.

FSIS said that the only accepted method for removal of contaminated tissue on livestock carcasses is to cut it off.

The Australian Meat Industry Council, a trade association, did not respond to a request to comment.

Brooke Muscat, deputy national president at Australia’s Community and Public Sector Union – which represents government inspectors and opposes the semi-privatised system – says government inspection jobs have fallen by half since AEMIS was introduced. She anticipates that Australian meatpackers will have replaced almost all federal inspectors with company employees by the end of 2022.

“As they’ve announced more outsourcing of meat inspection, we’re saying what you’re going to see is increasing rejections in the US,” Muscat says. “And it’s coming to fruition.”

Australia’s AEMIS inspection system has its roots in the US meatpacking industry, which has lobbied for less regulation of slaughtering for decades.

In 1997, USDA introduced a pilot programme that allowed several pork plants to control more of their own carcass inspection. In 2014, the programme was expanded to poultry plants and in 2018, to more pork plants. The agency has also granted a waiver to at least one beef plant to replace some government inspectors with plant workers.

Several consumer, labour, and food safety groups have sued USDA over the programme, arguing that the agency has failed to prove semi-private inspection is adequate or safe for workers.

Between 2012 and 2019, domestic recalls of meat and poultry products rose more than 50 per cent, according to publicly available USDA data. Class I recalls, used when there is the greatest risk to human health, rose 110 per cent. In 2020, the number of recalls was 75 per cent lower, but nearly 90 per cent of the recalls were Class I.

The USDA did not respond to a request for comment on Tuesday on the US contamination data. FSIS said it could not immediately provide data on rejections of US meat exports by other nations.

Zach Corrigan, a lawyer at Food & Water Watch, a US consumer and environmental advocacy group, called the rejections “further evidence that these semi-privatised inspection systems that allow the companies to inspect their own meat product are ineffective”.

This article was first published in South China Morning Post.